On November 28, a seventh member of the Pakistan touring squad had tested positive for coronavirus days after six members reported positive, New Zealand's Ministry of Health had confirmed. 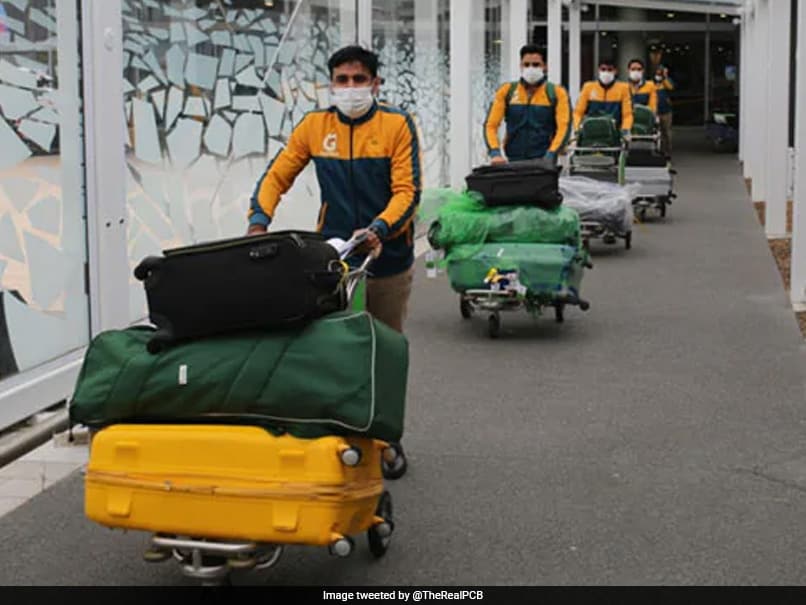 A total of 46 members of the Pakistan unit were tested for COVID-19.© Twitter

The Babar Azam-led Pakistan cricket team is still not allowed to train as the Health Ministry of New Zealand on Tuesday confirmed that there may be three more cases of COVID-19 within the touring contingent. "The team is not allowed to train until the Canterbury DHB medical officer of health determines they are satisfied that any training activities are unlikely to transmit COVID-19," said New Zealand's Health Ministry in an official statement. New Zealand's Health Ministry also confirmed that in the fresh round of testing, a total of 46 members of the Pakistan unit were tested for COVID-19.

The results which have come out, show that 42 people have tested negative for COVID-19, while three are under investigation to determine whether they are historical cases while one result is pending.

"Day 6 swabs were taken yesterday from the 46 members of the Pakistan cricket squad in Christchurch who to date have returned negative test results for COVID-19. Of those, 42 have subsequently returned a further negative test result. Three are under investigation to determine whether they are historical cases, and one test result is pending," the Health Ministry said.

On November 28, a seventh member of the Pakistan touring squad had tested positive for coronavirus days after six members reported positive, New Zealand's Ministry of Health had confirmed.

Pakistan Cricket Board (PCB) CEO Wasim Khan had then told the team that the New Zealand government has given them a "final warning" after the side breached quarantine protocols.

Khan warned his players that "they'll send us home" if the team commits one more breach. "Boys, I spoke to the New Zealand government and they told us there were three or four breaches of protocols. They have a zero-tolerance policy and they've given us a final warning. We understand that this is a difficult time for you, and you went through similar conditions in England," ESPN Cricinfo had quoted Khan as saying in a Whatsapp voice message to the players.

"It's not easy. But this is a matter of the nation's respect and credibility. Observe these 14 days and then you'll have the freedom to go to restaurants and roam about freely. They have told me in clear terms that if we commit one more breach, they'll send us home," he added.

The squad led by Pakistan's all-format captain Babar Azam was under a mandatory 14-day quarantine period as per COVID-19 protocol. Pakistan are slated to play three T20Is on December 18, 20, and 22, and the ICC World Test Championship fixtures will be held in Mount Maunganui and Christchurch on December 26-30 and January 3-7, respectively.

Babar Azam
Get the latest updates on IPL Auction 2023 and check out  IPL 2023 and Live Cricket Score. Like us on Facebook or follow us on Twitter for more sports updates. You can also download the NDTV Cricket app for Android or iOS.