New Zealand vs Australia: Mark Chapman Dismissed In One Of The Unluckiest Ways Ever

Mark Chapman became one of the rare batsmen dismissed hit-wicket in this bizarre fashion. 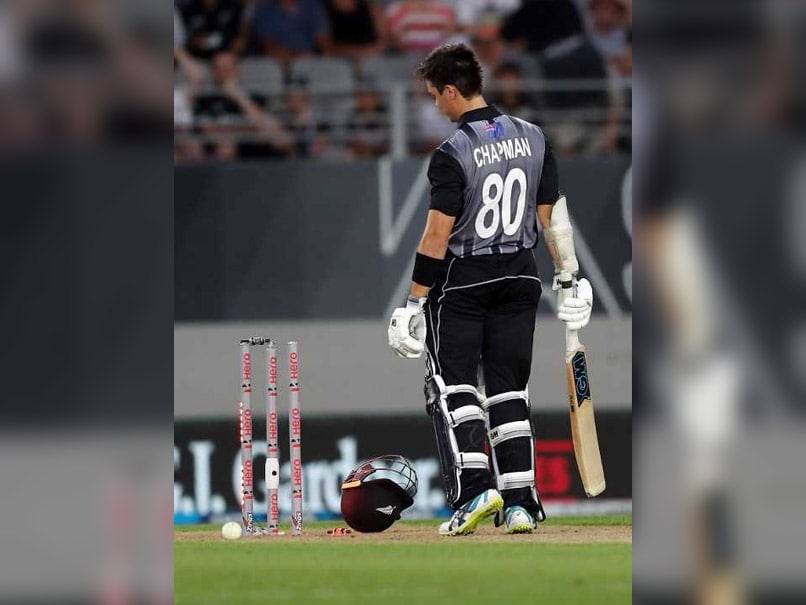 Mark Chapman was dismissed in one of the most bizarre fashions.© AFP

The Australia vs New Zealand Twenty20 international match on Friday saw batsmen from both teams making merry at an absolute belter of a pitch at Eden Park. However, there was one New Zealand batsman who would want to quickly forget what transpired in the T20 match. Mark Chapman was dismissed when a Billy Stanlake delivery knocked off his helmet and sent it rolling into the stumps. This is not the first time when a dismissal like this has taken place. Another New Zealand batsman -- Adam Parore -- was dismissed in a similar fashion by Brett Lee while Kevin Pietersen had suffered the same consequence after a Dwayne Bravo scorcher struck his helmet.

New Zealand were piling on the pain on Australia when the bizarre dismissal took place off the last ball of the 18th over.

Mark Chapman gets out after his helmet falls onto the stumps - https://t.co/AKlO725Tvu

New Zealand, buoyed by Martin Guptill's scintillating century, went on to post a mammoth 243 for six.

Guptill's 49-ball century was New Zealand's fastest T20 ton and the team total of 243 equalled the highest posted by the Black Caps.

It took his international T20 career total to 2,188 runs, surpassing compatriot Brendon McCullum's 2,140, with Indian run machine Virat Kohli the next highest on the all-time list with 1,956.

Australia, however, were in no mood of laying their arms down without a fight and produced a stunning batting display to overhaul the target with seven balls to spare.

Australia completed the highest run chase in Twenty20 history to beat New Zealand by five wickets and maintain their unbeaten record in the T20 tri-series in Auckland on Friday.

Australia's total of 245/5 exceeds the previous record chase of 244 scored by India against the West Indies in 2016.

Comments
Topics mentioned in this article
New Zealand Cricket Team Australia Cricket Team Martin Guptill Cricket
Get the latest updates on SA vs IND 2021-22, check out the Schedule and Live Score . Like us on Facebook or follow us on Twitter for more sports updates. You can also download the NDTV Cricket app for Android or iOS.