Aaron Finch became the sixth batsman to enter the list of players who have hit 100 or more sixes in T20Is. 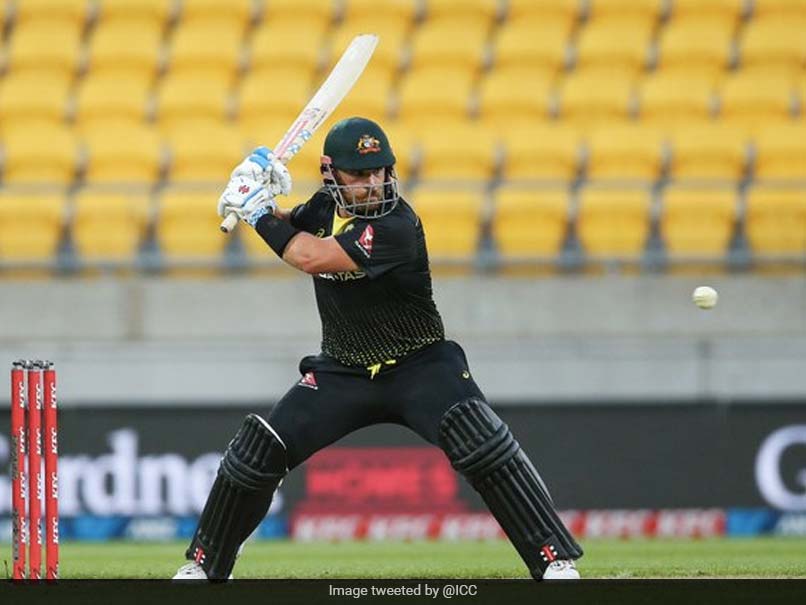 Australia skipper Aaron Finch on Thursday became the first batsman from his country to smash 100 sixes in T20Is. He achieved the milestone in the fourth T20I against New Zealand here at the Sky Stadium. He becomes the sixth batsman to enter the list of players who have scored 100 or more sixes in T20Is. New Zealand's Martin Guptill is leading the table with 135 sixes, followed by India's Rohit Sharma (127 sixes), Eoin Morgan (113 sixes), Colin Munro (107 sixes) and Chris Gayle (105 sixes).

Finch also became the leading run-scorer in the shortest format of the game for Australia. He toppled his opening partner David Warner to take the top spot. In 70 games, Finch has scored 2,310 runs including two centuries and 14 fifties. He played an unbeaten knock of 79 runs to displace Warner from the first place.

Warner has 2,265 runs from 81 games including a ton and 18 half-centuries. Finch played a captain's knock and single-handedly took Australia to a fighting total of 156/6 in the allotted 20 overs. His 79 off 55 included four maximums and five fours.

Australia has set a target of 157 for New Zealand to win the game and bag the series.

The host currently lead the series 2-1, having won the first two games by 53 and 4 runs respectively.

However, the Finch-led side was able to keep the series alive as they registered a convincing 64-run win in the third T20I played on Wednesday at the Westpac Stadium.

Aaron Finch Cricket
Get the latest updates on ICC T20 Worldcup 2022, check out the Schedule and Live Score. Like us on Facebook or follow us on Twitter for more sports updates. You can also download the NDTV Cricket app for Android or iOS.