Hamish Bennett made 31 appearances for New Zealand across all formats, taking 43 wickets and was selected in the Blackcaps' squad for the 2011 ICC Cricket World Cup in India, Bangladesh, and Sri Lanka. 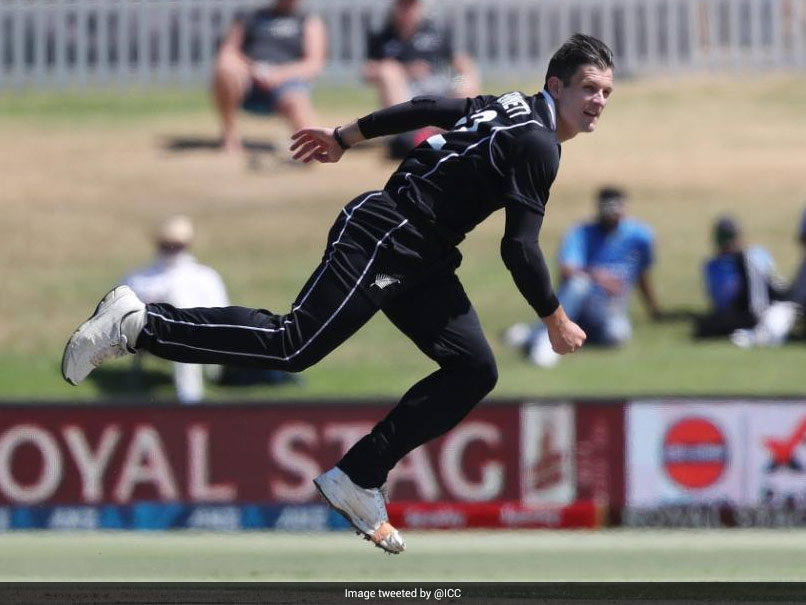 Hamish Bennett in action for New Zealand against India.© Twitter

New Zealand pacer Hamish Bennett has announced that the 2021/22 season will be the last of his 17-year old career. The 35-year old has represented the New Zealand U-19 side, the senior men's team, and domestic teams Wellington and Canterbury. "When I started out as a young kid bowling in the nets in Timaru, I never dreamed I would have gone on to enjoy the career that I've had. From Old Boys Timaru Cricket Club who got me involved in cricket at the start, Timaru Boys' High School, South Canterbury Cricket, Canterbury Cricket, Cricket Wellington, and New Zealand Cricket, as well as all the other great clubs I've played for down the years, they've all played a role in helping me achieve my cricket dream," said Bennett as per an official release.

"I've been so fortunate to work and play alongside so many great players, captains and coaches and I'd like to thank every one of them for their support over the years," he added.

Bennett has made 265 domestic appearances for Canterbury and Wellington, amassing 489 wickets across all formats and establishing himself as one of the most reliable pace bowlers in the country.

He captained the Firebirds to their Ford Trophy triumph in 2018 and was a key member of the Firebirds side that lifted the Plunket Shield and back-to-back Super Smash titles between 2019 and 2021.

He finishes his career as Wellington's third-leading all-time T20 wicket-taker, behind only Jeetan Patel and Luke Woodcock.

"Men's and women's cricket in New Zealand is in an exciting place, so I'm looking forward to putting the feet up and watching the game grow from the sidelines," said Bennett. "It's been an honour to represent my family and my country for New Zealand and those memories and experiences will be ones that I cherish and tell stories about for the rest of my life."

Bennett made his international debut for the Blackcaps in an ODI against Bangladesh in 2010 and made his sole Test appearance a month later against India in Ahmedabad.

He went on to make 31 appearances for New Zealand across all formats, taking 43 wickets and was selected in the Blackcaps' squad for the 2011 ICC Cricket World Cup in India, Bangladesh, and Sri Lanka.

Hamish Bennett Cricket
Get the latest updates on ICC T20 Worldcup 2022, check out the Schedule and Live Score. Like us on Facebook or follow us on Twitter for more sports updates. You can also download the NDTV Cricket app for Android or iOS.