Former Kenyan all-rounder Maurice Odumbe, who was banned for five years after being accused of fixing a match in Zimbabwe, maintains his innocence a decade after he was punished by Justice Ahmed Ebrahim. 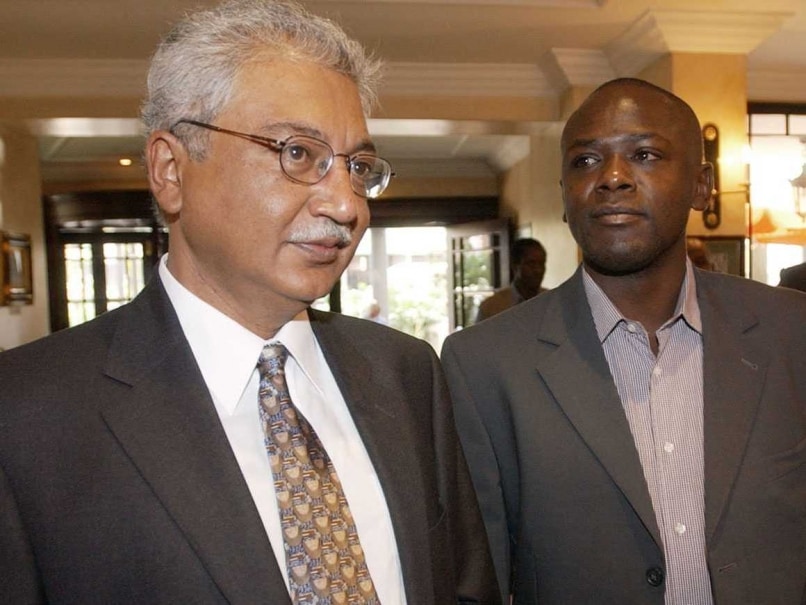 Maurice Odumbe (R) with his lawyer Ishan Kapila at a Kenyan Cricket Association hearing in 2004.© AP

Former Kenyan all-rounder Maurice Odumbe, who was banned for five years after allegedly accepting USD 50,000 to fix a match against Zimbabwe in 2004, insisted he was innocent and said he had never "stolen anybody's money".

"I never stole anybody's money, yet I was given five years. I was banned for inappropriate contact, it was never match-fixing, but they don't seem to want to get it right. I think 'match-fixing' sounds much sweeter," he was quoted as saying in ESPNcricinfo.

The Kenyan Cricket Association showed little mercy after Justice Ahmed Ebrahim, who headed the inquiry, found Odumbe guilty on 12 counts of corruption. The cricketer also landed in deep trouble after his close proximity with a "known bookie" Jagdish Sodha was established.

Odumbe said he had no way of knowing that Sodha, whose friendship cost him some of his best cricketing years, was actually a bookmaker.

"The only way probably I would have known is if he had approached me, and said, 'Look, can you do A for me?' In fact, there was a time even when the investigators came talking to me, they asked me the same question: 'How could you not know that he was a bookmaker?' I said, 'Ah, well, it's not written on his forehead.'"

Odumbe, who scoredÂ  1409 runs and picked 39 wickets from 61 one-day internationals, said Sodha came across to him as someone from the "movie industry" and added that he had seen the name on "one or two posters".

Odumbe was one of the heroes of Kenya's sensational run in the 2003 World Cup (where they had reached the semi-finals) and his greatest regret is that his own cricket board did not back him up. He claimed the KCA had an agenda against him, bringing ex-girlfriends to testify on the inquiry.

"If you look around, all over the world, the local boards have always stood by their players. But in my case, my local board, they left my head on the chopping board. Sometimes people even wonder, is it a question of colour, or what is it?"

Odumbe feels aggrieved looking back at those wasted years and wonders how Australian cricketers Mark Waugh and Shane Warne got away lightly even after they had accepted giving information to bookmakers. Irrespective of what the truth is: the simple fact is that a great era in Kenyan cricket has been lost.

Comments
Topics mentioned in this article
Kenya Maurice Odumbe Shane Warne Mark Waugh Cricket
Get the latest updates on IPL Auction 2023 and check out  IPL 2023 and Live Cricket Score. Like us on Facebook or follow us on Twitter for more sports updates. You can also download the NDTV Cricket app for Android or iOS.