Neil Wagner helped New Zealand bowl out Zimbabwe for a meagre 164 to then put on 32 for no loss at the end of Day 1 in the first Test. 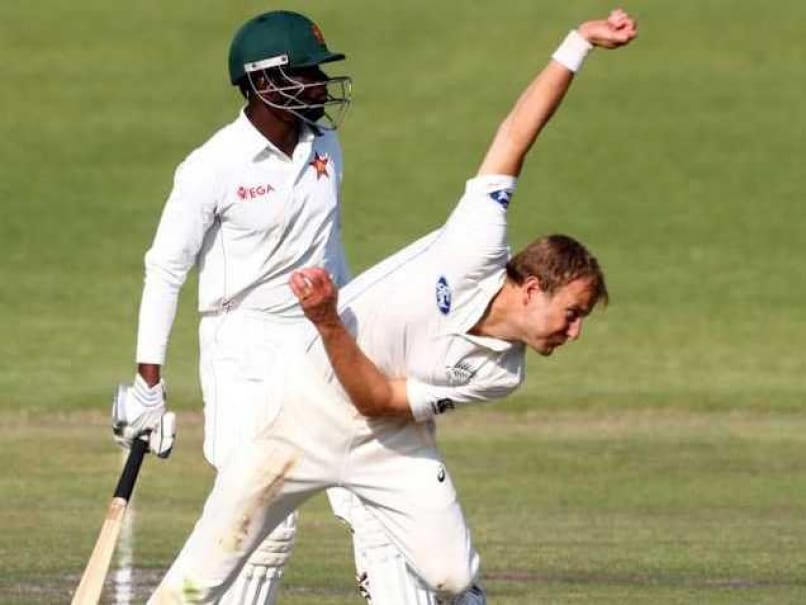 Left-arm seamer Neil Wagner's raw pace and aggression proved too much for an out-of-touch Zimbabwean batting lineup as New Zealand stamped their authority on the first Test on the opening day at Queens Sports Club.

On a surface offering little to the bowlers, Wagner bent his back and used the short ball to good effect to take career-best figures of 6 for 41, bowling Zimbabwe out for just 164 after they had won the toss and elected to bat first.

New Zealand closed the day on 32 without loss, with Tom Latham on 16 and Martin Guptill on 14.

Zimbabwe had not played a Test since November 2014, and the hiatus showed in their inability to occupy the crease on a pitch that held no demons.

Opener Brian Chari fell to the second ball of the day, and after Chamu Chibhabha and Hamilton Masakadza offered some stability with an hour-long stand, Wagner got stuck into the hosts.

In a 13-over spell either side of the lunch break, the 30-year-old removed Chibhabha and Sean Williams before the interval and then struck three times in one over to reduce the hosts to 72 for eight.

All but one of his first five dismissals came from short deliveries, as Zimbabwe's batsmen had no answer to the ploy.

"Tactically it's one of my strengths, trying to get players off the front foot and see if we can get a wicket that way," Wagner explained. "Maybe get some doubt in their footwork.

"With the wicket being flat, you have to try some options to create results. There was no swing or movement. We knew we had to try and use the surprise factor."

Debutant Prince Masvaure and tailender Donald Tiripano did their best to haul the home side towards some sort of respectability, batting nearly three hours in an 85-run stand for the ninth wicket.

Proving that the top order had no excuses for their frailty, Tiripano registered the highest score by a Zimbabwean No. 10.

"It was more about gutsing it out out there," he said. "The guys didn't apply themselves as much as they should have. It's something they need to work on."

Tim Southee eventually made the breakthrough when he trapped Masvaure lbw for 42, before Wagner wrapped up the innings to leave Tiripano unbeaten on 49.

Guptill and Latham had no trouble in seeing out the 10 overs left in the day as they reduced New Zealand's deficit to 132.

Comments
Topics mentioned in this article
New Zealand Cricket Team Zimbabwe Cricket Team Queens Sports Club, Bulawayo Neil Wagner Cricket
Get the latest updates on SA vs IND 2021-22, check out the Schedule and Live Score . Like us on Facebook or follow us on Twitter for more sports updates. You can also download the NDTV Cricket app for Android or iOS.