"Nearly 500 Runs In 2 Innings": This Australian Youngster Could Be Trouble For India. Watch

Will Pucovski has become a sensation in Australian domestic cricket and many have demanded that he be fielded in the Tests against India. 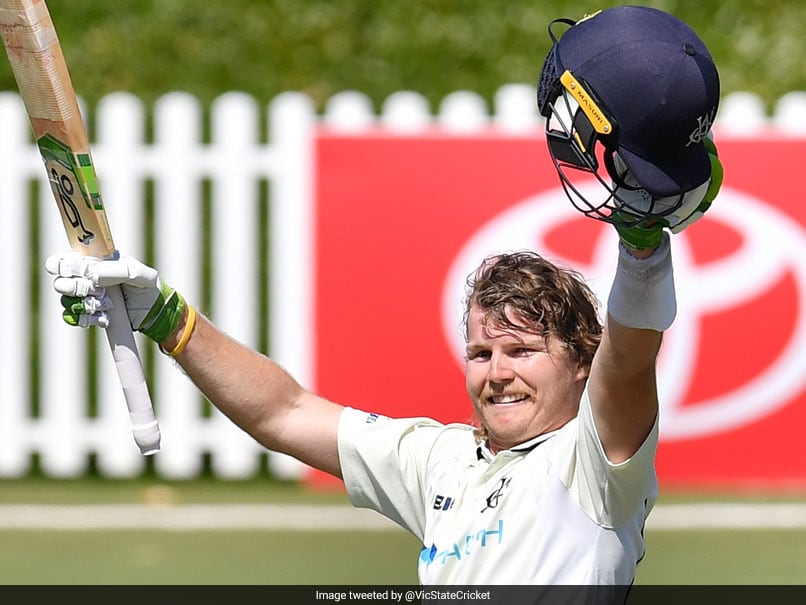 Will Pucovski's sensational performances in the Sheffield Shield have made people sit up and notice.© Twitter

Hitting back-to-back double-centuries is a remarkable achievement at any level of the game, let alone doing it in Australia's top first-class domestic competition. An unbeaten 255 against South Australia, followed by a 202 against Western Australia in the Sheffield Shield, has put Will Pucovski of Victoria in the spotlight ahead of India's much-anticipated visit. There are growing calls that Pucovski be included in the Test team for the series against India Down Under. Pucovski's sensational performances in the Sheffield Shield have made people sit up and notice, and surely the Indian players, including captain Virat Kohli will be keeping a keen eye on the happenings in Australia ahead of the all-important tour.

With nearly 500 runs in two innings, there's been a LOT of gold coming off the blade of Will Pucovski recently

Here are some of the best strokes from his double centuries #SheffieldShield pic.twitter.com/ZlozZtZZCf

While Pucovski has been making merry in the Sheffield Shield, Australia's current opener and David Warner's partner Joe Burns is not having such a good time. The 31-year-old, who plays for Queensland, has managed a total of just 36 runs in three innings.

Pucovski's scintillating form and Burns' travails have led to calls for the former to replace the latter and partner David Warner against India.

Speaking to ABC Sport after the Victoria batsman reached his second double century, Australia legend Ian Chappell said that it was "time to have a look at Pucovski".

"Burns has made not many runs at all in this summer and there comes a time where you think to yourself, 'well, where is Burns going?'," he said.

"He's probably not going anywhere, really, and it's time to have a look at Pucovski."

Pucovski has been absolutely brilliant. He has become the first Australian to score consecutive first-class double-centuries since Michael Clarke's exploits in 2012 in Test matches against South Africa.

It remains to be seen if the 22-year-old Pucovski will find a place in the Test squad. The Australian team is yet to be announced for the four-Test series against India but the selectors surely have a tough decision on their hands.

Michael Clarke Cricket
Get the latest updates on ICC Women's Cricket World Cup 2022 and IPL 2022, check out the Schedule , Live Score and IPL Points Table. Like us on Facebook or follow us on Twitter for more sports updates. You can also download the NDTV Cricket app for Android or iOS.