Raymond van Schoor, a Namibian cricketer, has died at the age of 25 after suffering a stroke during Namibia's game against Orange Free State in the Cricket South Africa Provincial One-Day challenge 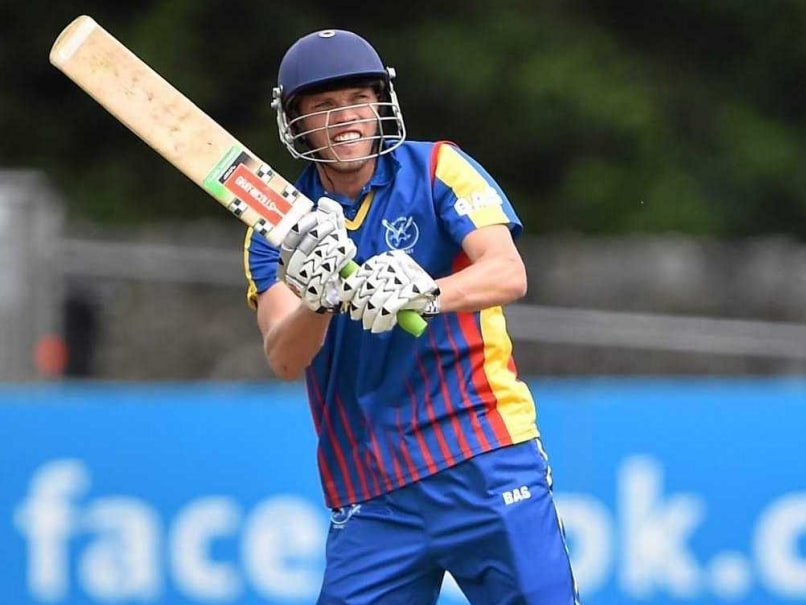 Raymond van Schoor died at the age of 25 as he suffered a stroke during Namibia's match against Orange Free State. He was the youngest player to represent Namibia. (Image Source: ICC Twitter)
Windhoek:

Raymond van Schoor, Namibia's wicketkeeper-batsman, has died at the age of 25 after suffering a stroke five days ago during Namibia's one-day match against Orange Free State in Windhoek. (Latest Cricket News)

During the game, van Schoor had moved to 15 but complained of dizziness. He asked for water but collapsed immediately. He was helped out by his team-mates and was taken to hospital. He was announced dead on Friday night.

Cricket Namibia released a statement which was read by the president Richard Frankle, "It is with deep regret and sorrow that I announce the passing of Raymond van Schoor on Friday. On behalf of Cricket Namibia, I express my most sincere condolences to the entire Van Schoor and La Cock families. Raymond was a tremendous asset to Cricket Namibia and the National Cricket Team."

Van Schoor played 92 First-class matches and 103 List-A games for Namibia. He scored 4303 runs at first-class level with 20 fifties and five hundreds and scored 2618 runs in one-day games with 18 fifties. He was also a useful utility medium-fast bowler, with 28 wickets in the longer version of the game.

He was also the youngest player to represent Namibia and he was also the captain of the U-15 team. His prime moment came in the 2009/10 ICC Intercontinental Shield tournament when he smashed 317 runs at an average of 52.83 with a high of 152. The ICC also tweeted their condolences

Tragic news from Namibia this evening as Raymond Van Schoor has passed away at the age of 25 pic.twitter.com/2ZpSrENZrP

Comments
Topics mentioned in this article
NAM Cricket
Get the latest updates on IPL 2021, check out the IPL 2021 Schedule and Indian Premier League Live Score . Like us on Facebook or follow us on Twitter for more sports updates. You can also download the NDTV Cricket app for Android or iOS.