Naman Ojha has not played for India after making his Test debut against Sri Lanka last year. His only ODI appearance was way back in 2010. 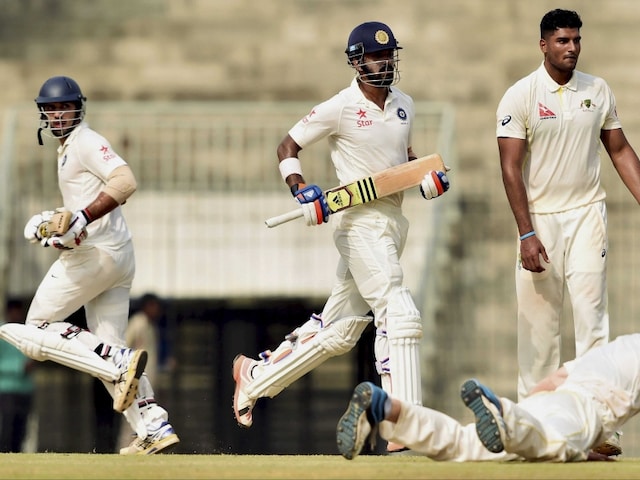 Naman Ojha (left) has played one Test and one ODI for India.© PTI
Mumbai:

Naman Ojha may not be India's number one Test wicketkeeper but he has hopes of making the national team for its next assignment in the longest format. (India in Sri Lanka: Naman Ojha Admits He Will be Under Pressure if Selected for Colombo Test)

"Play for India.. that monogram," he answered when quizzed about what keeps him going.

Ojha has not played for India after making his Test debut against Sri Lanka last year. His only ODI appearance was way back in 2010.

On his Test debut in Sri Lanka, he said: "Yes, of course, I think it was the best moment of my life...I think everybody dreams to play for India and I think playing a Test match you need a skill.. you need good skills, you need hard-work.. discipline.

"You need everything which is required to play cricket and I think playing Test cricket is the best feeling," he said on the sidelines of the he 12th IDBI Federal Life Insurance D Y Patil T20 cricket tournament.

When asked whether his sees himself in the Indian Test dressing room during the tour of West Indies in July-August, he said, "See I have...my job is to perform...After that I came again in domestic circuit and performed in domestic season, I am hoping things will fall (in place)...".

On his equation with India's number one Test keeper Wriddhiman Saha, he quipped, "We have a healthy rivalry, I got my chance and I did really well, my job is to whenever I get chance, I want to do well...that is what my focus is."

Comments
Topics mentioned in this article
Naman Ojha Cricket
Get the latest Cricket news, check out the India cricket schedule, Cricket live score . Like us on Facebook or follow us on Twitter for more sports updates. You can also download the NDTV Cricket app for Android or iOS.