The details of the meeting between suspended Board of Control for Cricket in India (BCCI) president N Srinivasan and Finance Minister Arun Jaitley were unknown as they met at the ministry office on Monday.

Narayanswamy Srinivasan, the effectively suspended president of the Board of Control for Cricket in India (BCCI), dropped in to meet Finance Minister Arun Jaitley, here, on Monday. (Also read: SC rejects Srinivasan's plea to reinstate him as BCCI president) 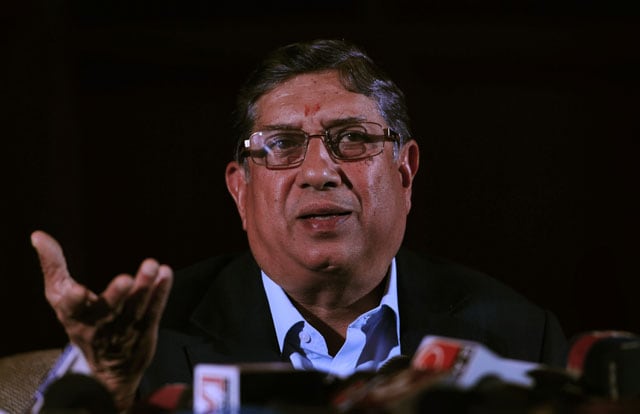 Although details of their meeting were not known, Srinivasan was at the finance ministry office during the second half where he was with Jaitley for about half-an-hour. (Also read: Srinivasan secretly met CSK, IPL officials in Ranchi)

Srinivasan was unavailable for comments about what transpired during the meeting with one of the senior-most ministers in the Narendra Modi government.

Jaitley is one of the respected voices in the BCCI and was also the president of the Delhi and Districts Cricket Association sometime back.

He was also the head of BCCI's disciplinary committee which imposed life bans on cricketers Sreesanth and Ankeet Chavan for their alleged role in spot-fixing during the sixth edition of the Indian Premier League.

Sponsored by Vuukle
Comments
Topics mentioned in this article
Cricket
Get the latest updates on Fifa Worldcup 2022 and check out  Fifa World Cup Schedule, Stats and Live Cricket Score. Like us on Facebook or follow us on Twitter for more sports updates. You can also download the NDTV Cricket app for Android or iOS.