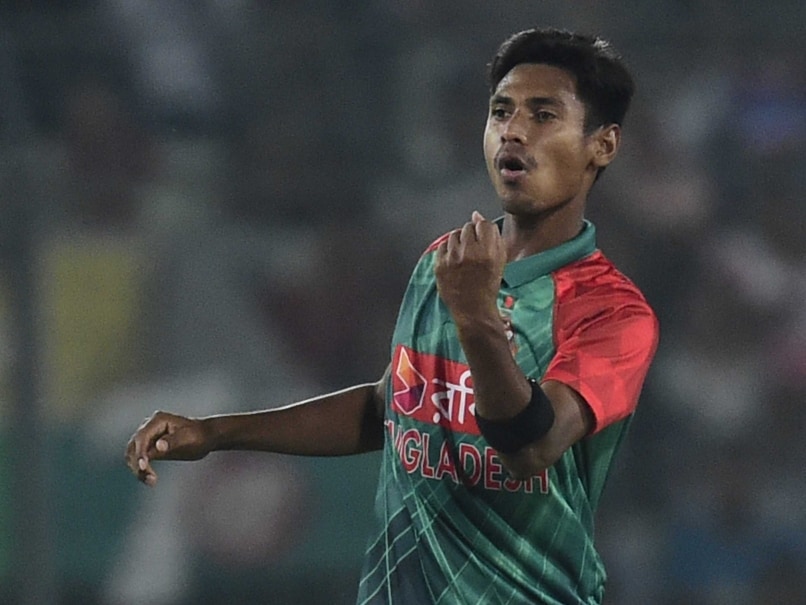 The Bangladesh Cricket Board (BCB) will not take any risk with their injured bowling sensation Mustafizur Rahman and will be ready to go for surgical procedure if needed.

The 20-year-old pacer will have to get another Magnetic Resonance Imaging (MRI) done of his shoulder to identify the type of injury. The shoulder injury has essentially ended his county stint with Sussex Sharks.

The left-arm seamer suffered the injury during Bangladesh's home series against Zimbabwe in November last year.

The wound has resurfaced following Mustafizur's debut with Sussex, where he grabbed four wickets for 23 to mark his introduction to the NatWest T20 Blast.

But new complications were detected in the first MRI in England. He met the doctor there on Tuesday evening, Bangladesh time.

"There are some extra liquids on his shoulder. He'll undergo another MRI there. Then we'll know what we need to do -- whether he will need injection or surgery. We need to wait until then," BCB's media committee head Jalal Yunus was quoted as saying by bdnews24.com on Wednesday.

"We'll hear out the opinions of the doctors there, and our physios and doctors are always here. We will then take a final decision."

Surgeries are usually the best remedy for such injuries but can put Mustafizur out of action for around six months.

But he is looking at a packed schedule at home and away with national fixtures coming up after the English county. So the pros and cons of a surgical option have to be weighed well.

"Surgery will be considered if it is needed. A step will be taken according to the situation. Mustafizur is a huge asset for us. No risk will be taken regarding him," Yunus said.

On their website on Wednesday, Sussex announced that Mustafizur will no longer play in the T20 Blast and Royal One-Day Cup group matches.

The assessment of the injury will determine whether or not he will be fit enough to play in any knockout matches Sussex may qualify in the latter stages of either competition, the report said.

Sussex Cricket wished Mustafizur a speedy recovery from his injury and all the best for the future.

Comments
Topics mentioned in this article
Bangladesh Cricket Team SUS Mushfiqur Rahman Cricket
Get the latest updates on Fifa Worldcup 2022 and check out  Fifa World Cup Schedule, Stats and Live Cricket Score. Like us on Facebook or follow us on Twitter for more sports updates. You can also download the NDTV Cricket app for Android or iOS.