Muttiah Muralitharan, the world's highest wicket-taker in Tests, will join the Australian cricket team as a consultant for their two-month series in Sri Lanka 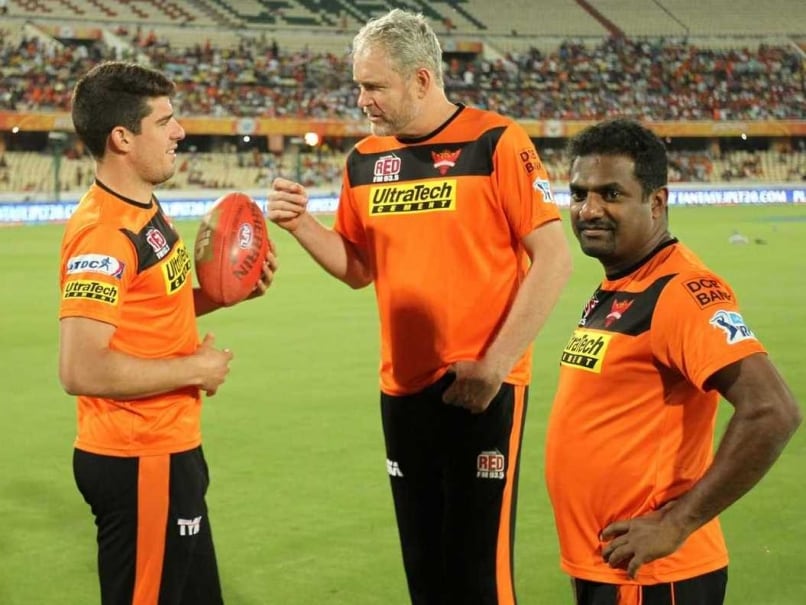 Sri Lanka will get a taste of their own medicine when they face Australia in a full series at home in July-August. The Aussies have roped in Sri Lankan spin great Muttiah Muralitharan to help their slow bowlers prepare for the three-Test series starting in Pallekele on July 26.

Muralitharan is the world's leading wicket-taker with 800 Test wickets. The 44-year-old was in a similar role with the Australians in 2014.

The Australians have, in recent times, chosen consultants depending on a particular series. Cricket Australia had in June drafted in Sri Lankan Thilan Samaraweera to help their batsmen prepare for the Lankan tour. Samaraweera worked with the Aussies at the National Cricket Centre in Brisbane.

Samaraweera, who lives in Melbourne, had got the Australian academy to make turning pitches for their batsmen to prepare for the series.

Muralitharan has been working with Australia's lead spinners Nathan Lyon and Steve O'Keefe in the nets.

"It's great to have someone like that helping our spinners in this series - to give us that insight. He's been really good around the group so far, and he's enjoying his time with us," skipper Steve Smith said on Muralitharan's involvement.

"I'm not involved in Sri Lankan cricket at all because there are (other) people who are involved," Muralitharan, a perennial thorn in Australia's flesh during his playing days, told Cricket Australia website.

"Then, on and off, Australia offered me twice so I said 'why not' because you are passing on the knowledge to other people. It doesn't matter whether it's your country or other people.

"I think giving quality time to my family is most important, that's why I take smaller jobs - two weeks, three weeks... those sort of jobs are not available in Sri Lanka."

Muralitharan has served in a similar capacity this year with Indian Premier League champions Sunrisers Hyderabad.

Saker, who was England's bowling coach from 2010-2015, succeeds Craig McDermott who quit the post earlier this year.

Comments
Topics mentioned in this article
Australia Cricket Team Sri Lanka Cricket Team Muttiah Muralidaran Thilan Samaraweera Nathan Lyon Cricket
Get the latest updates on IND vs NZ 2021, check out the Schedule and Live Score . Like us on Facebook or follow us on Twitter for more sports updates. You can also download the NDTV Cricket app for Android or iOS.