Renowned cricket umpire Asad Rauf has been caught on the back foot following allegations by an Oshiwara-based model that the former Pakistan first-class cricketer sexually exploited her for several months after promising marriage. 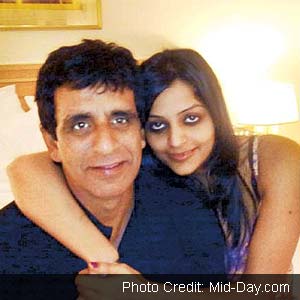 Renowned cricket umpire Asad Rauf has been caught on the back foot following allegations by an Oshiwara-based model that the former Pakistan first-class cricketer sexually exploited her for several months after promising marriage.

Leena Kapoor has sent a written complaint (copy with MiD DAY) to the office of Pratap Dighavkar, DCP, zone IX. She has mentioned that she had met Rauf through a mutual friend in Sri Lanka six months ago. They exchanged numbers and then stayed together in the country for three days.

On reaching Mumbai, she fell ill. Rauf came over to see her and their bond grew stronger. Kapoor says Rauf committed at the time that he would marry her and get her a new flat. He told her he was married and had two kids, but his religion allowed him to have more than one wife and his family would give its consent.

The two kept meeting, often when Rauf - who is a member of ICC Elite Umpire Panel - would come over to India to officiate in tournaments including the IPL. "I asked him several times about the marriage and he would always tell me that it would happen soon," Kapoor told MiD DAY.

Kapoor said that a few days earlier she tried calling Rauf, but there was no response from his side. Five days ago, he allegedly called her up saying he didn't know her and didn't want any further interactions with her.

According to officials from the DCP's office, they have received a letter and an inquiry would be conducted soon.

Comments
Topics mentioned in this article
Pakistan Cricket Team Cricket
Get the latest updates on ICC T20 Worldcup 2022 and CWG 2022 check out the Schedule, Live Score and Medals Tally. Like us on Facebook or follow us on Twitter for more sports updates. You can also download the NDTV Cricket app for Android or iOS.