Former chairman of selectors MSK Prasad said that it was his job to 'move on' from the former India captain and give youngsters a chance. 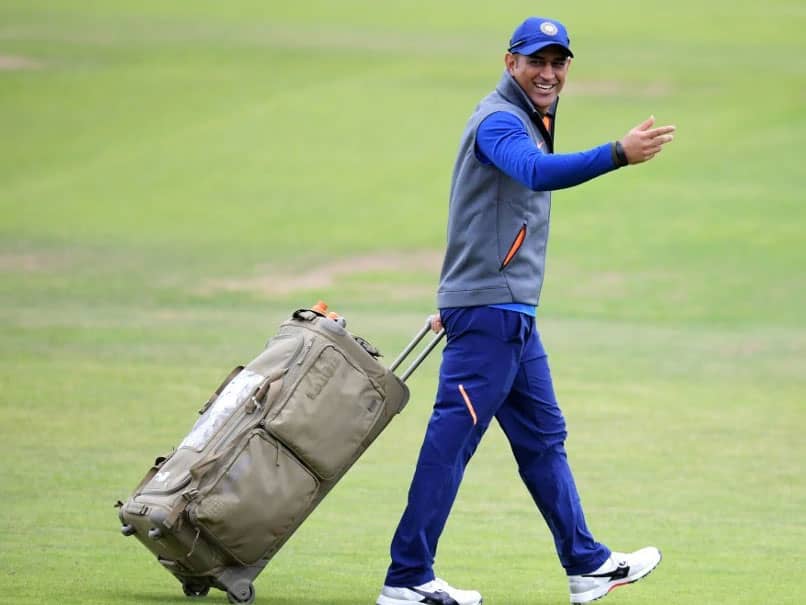 Former chairman of selectors MSK Prasad is as big a fan of MS Dhoni as anyone else, although in his chair, it was his job to 'move on' from the stumper and give youngsters a chance. "As far as we are concerned, we are backing youngsters and giving them as many opportunities to settle well and play long," Prasad was quoted as saying by Sportstar. "Mahi will take a decision for himself. As a panel member, if I keep professional duty aside, I am as big a fan of Dhoni as anyone else. He has achieved everything under the sun winning two World Cups, the Champions Trophy, the No. 1 Status in Tests. Nobody can question that.

"About his career, he will take a call. As selectors, our duty is to move on and identify the next generation of players and keep giving them chances."

Under his watch, Rohit Sharma blossomed to be one of the best batters in world cricket and also cemented his spot in the Test team as an opener. "Well, Rohit is now an all-format player. His transformation is stunning. We know his unbelievable talent in white ball cricket with those double centuries.

"And, in the last four to five months as a Test opener, he has shown his class. I wish he has one good away series. That should change his mindset," opined Prasad.

On Shreyas Iyer, who is India's newfound No.4, a position the team struggled to find a player for during his tenure with Vijay Shankar going to the World Cup and not doing well at the spot, Prasad said: "In Tests, we have Hanuma Vihari and Shreyas for ODIs. Shreyas is doing well."

Prasad also said when Jasprit Bumrah was out with injury for a long time, he was training in a manner which meant he would not be rusty on return. Bumrah has been on-song since making a comeback with the fifth and final T20I in New Zealand being a case in point where he returned magical figures of 3/12.

"Even though he was resting, he was training in such a way that once he came back into the squad he was not rusty. He was ready from ball one."

Asked about the cases of Karun Nair and Ambati Rayudu who were not picked despite good performances, Prasad said: "I felt seriously for Rayudu. I can clearly say that. It was a very touch and go issue. Our committee always felt that he should be on the radar of Test selection after the 2016 Zimbabwe tour.

"And, I spoke to him as to why he was not focussing on Test cricket. If you remember, based on the IPL performances, we picked him for ODIs, which may not look appropriate to many. Then, we focussed on his fitness for one month at the NCA, helped him there. He has delivered to an extent. Unfortunately, I am also hurt at what happened to him (apparently referring to the 2019 World Cup selection when Rayudu was ignored) having played with him. I feel bad for him."

Nair was not persisted with despite scoring a triple hundred in Tests. With regard to Karun, after the triple century in the Test match against England, Prasad feels it was a case of missed opportunities.

"Even this year in Vijay Hazare and Mushtaq Ali Trophy tournaments he hasn't scored much. It has been a case of either a very big score or a string of poor scores that followed. Look at Shubman (Gill) or Vihari's consistency. At least you should be performing. Everyone talks about Karun's triple but what after that? I wish Karun does well in Ranji to make a comeback," he pointed.