Mahendra Singh Dhoni's six to win the 2011 ICC World Cup for India is one of the lasting images of cricket in the country. 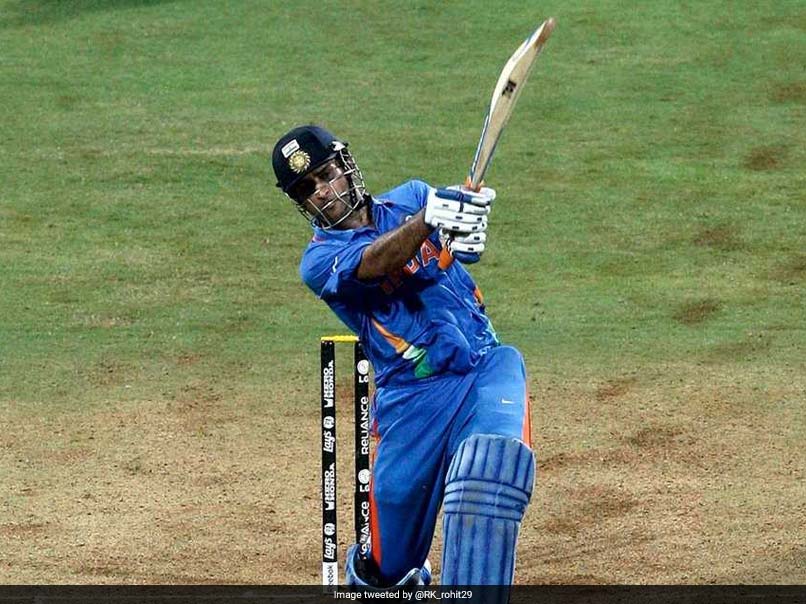 India have won the ICC Cricket World Cup twice, once in 1983 and the second triumph came in 2011. Both were memorable in their own respect but one moment that stood out in 2011 was the huge six that came off former India captain Mahendra Singh Dhoni's bat. On this day, April 2, 2011, India won the World Cup final against Sri Lanka. With ten balls to go at the Wankhede Stadium, then-captain Dhoni ended India's drought with a humungous six over the bowler's head at long-on. Incidentally, Dhoni was conferred with the Padma Bhushan by the President of India on April 2, 2018. The aftermath of that winning six sent the whole stadium into delirium sparking tears of joy for both players and fans alike. The Board of Control for Cricket in India (BCCI) shared the video on Twitter bringing back the memories of that moment which remains etched onto every ardent Indian cricket lover's hearts.

Chasing 275 to rewrite history, India were off to a disastrous start after the Sri Lankan bowlers sent both openers Virender Sehwag (0) and Sachin Tendulkar (18) back to the pavilion early.

Gautam Gambhir played a superb knock of 97 runs off 122 balls and shared an 83-run partnership stand with Virat Kohli (35) for the third wicket.

Elevating himself above Yuvraj Singh in the batting order, Dhoni came in after Kohli lost his wicket to Tillakaratne Dilshan. Dhoni (91*) and Gambhir stitched a partnership of 109 runs for the fourth wicket to take India to a comfortable position. And what happened after that, the whole world witnessed it.

Comments
Topics mentioned in this article
India Cricket Team Virender Sehwag Cricket MS Dhoni
Get the latest updates on India vs Australia Series, check out the India vs Australia Schedule for 2020-21 and Ind vs Aus live score . Like us on Facebook or follow us on Twitter for more sports updates. You can also download the NDTV Cricket app for Android or iOS.