The meeting in Jamtha wasn't anything out of the extraordinary, on the surface. MSK Prasad, as Chief Selector, has the mandate to see domestic tournaments and detect talent, while MS Dhoni was there as the non-playing 'mentor' of the Jharkhand team, which was playing it's first-ever Ranji Trophy semi-final. 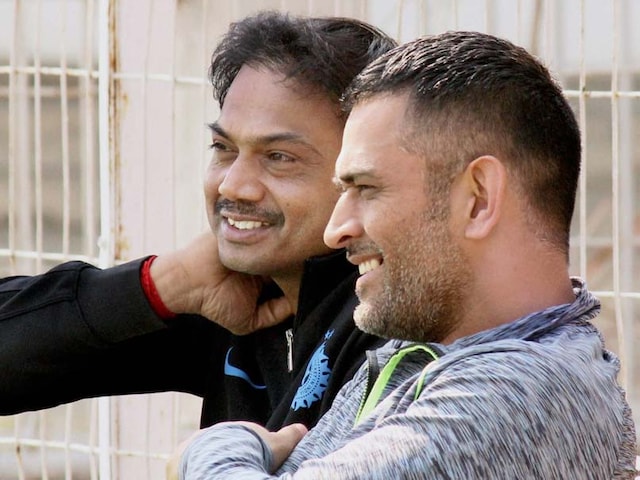 Mahendra Singh Dhoni and Chief Selector MSK Prasad were at the Vidharbha Cricket Association Stadium in Jamtha, just outside Nagpur, on Wednesday morning, in the backdrop of the Jharkhand-Gujarat Ranji Trophy semi-final match. In the evening, MSD contacted MSK and said, "OK, that's it." He was no longer India's ODI and T20I captain.

The meeting wasn't anything out of the extraordinary, on the surface. Prasad, as Chief Selector, has the mandate to see domestic tournaments and detect talent, while MS Dhoni was there as the non-playing 'mentor' of the Jharkhand team, which was playing it's first-ever Ranji Trophy semi-final.

According to The Indian Express, Dhoni contacted Prasad later in the evening and three terse words, "OK, that's it," he changed the leadership equation of the Indian ODI and T20I teams.

While neither the selector, nor anyone else will ever say that there was any pressure on Dhoni, it is understood that they vision for India's future in the limited-overs formats was discussed and that foresaw Virat Kohli as captain of India in these formats too.

In India, ace cricketers are not asked to retire. That is left to their own discretion.

But with Kohli champing at the bits to take command in toto of India as a cricket team, it was just a matter of time before Dhoni was given enough hints.

Another explanation is that India play only 55 One-day Internationals before the next ICC World Cup and the ICC Champions Trophy is just five months away.

At the same time, Dhoni was obviously convinced not to hang up his boots. That was presumably left for another day.

Comments
Topics mentioned in this article
MS Dhoni Cricket India Cricket Team BCCI
Get the latest updates on IPL 2020, check out the IPL Schedule for 2020 and Indian Premier League (IPL) Cricket live score . Like us on Facebook or follow us on Twitter for more sports updates. You can also download the NDTV Cricket app for Android or iOS.