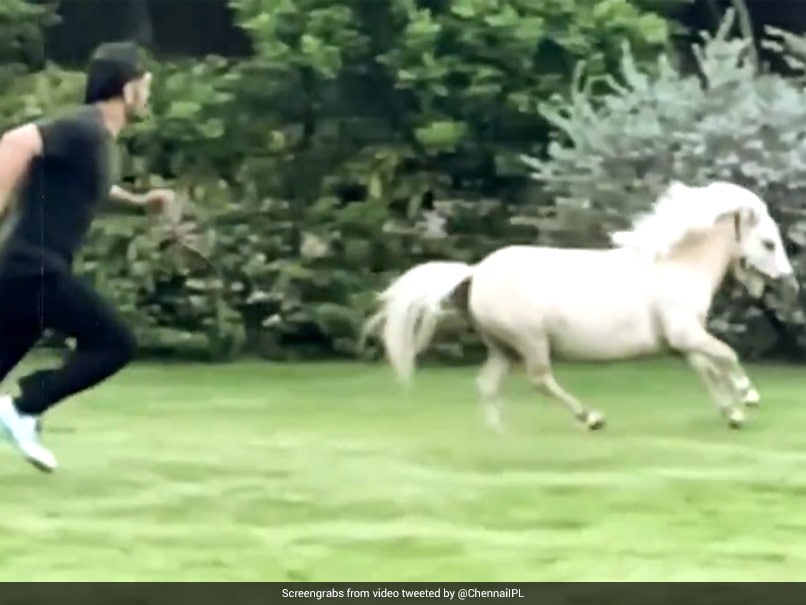 Sakshi Dhoni captured MS Dhoni having a run with a pony on Saturday.© Twitter

MS Dhoni, who leads Chennai Super Kings in the Indian Premier League, is enjoying his time away from the cricket field. The former India captain last played competitive cricket during the 14th season of IPL, which was postponed due to Covid. While the fans will still have to wait for a few more months before they can watch Dhoni on the field, his wife Sakshi took to Instagram on Saturday to share a video in which the former India skipper can be seen having a race against a pony at his farm house in Ranchi.

Last month, Sakshi had shared a video of Dhoni in which the CSK skipper was seen massaging and playing with his horse.

Dhoni, who announced his retirement from international cricket in August 2020, led Chennai Super Kings (CSK) to the second spot in the points table before the IPL had to be postponed as several players tested positive for coronavirus.

The Board of Control for Cricket in India (BCCI) announced last month that the remaining matches of the T20 league will resume in the months of September-October later this year.

The Indian cricket board also announced the matches will be held in the United Arab Emirates, the venue where the 13th edition of the tournament was played in 2020. ​