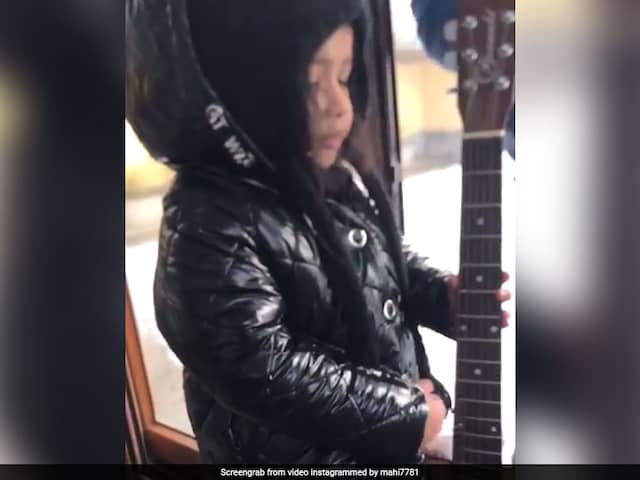 Ziva won over the internet with her singing skills.© Instagram

Snow brings the best out of her @ziva_singh_dhoni

Dhoni, India's 2007 T20 and 2011 50-over World Cup winning captain, has not taken the cricket field since the 2019 World Cup where Virat Kohli-led India lost to New Zealand in the semifinals.

The dashing wicketkeeper batsman has kept the cricketing world guessing about his retirement from international cricket with him expected to return in the Indian Premier League and take it forward from there on ahead of the T20 World Cup in October.

The 38-year-old has so far represented India in 350 ODIs, 90 Tests and 98 T20Is while affecting a staggering 829 dismissals behind the stumps.

The wicketkeeper batsman holds all the records which one can ask for as a captain of an international team. He is the only international captain to have won an ICC 50-over World Cup, T20 World Cup and Champions Trophy. He led Team India to the numero uno spot in ICC Rankings, both in Tests and in ODIs.