Morne Morkel Says South Africa Will Prove Why They Are No. 1

In the first Test South Africa were restricted to just 248 in the first innings and then the hosts took a 78-run lead, scoring 326. Bangladesh still had a 17-run lead when the match was drawn. 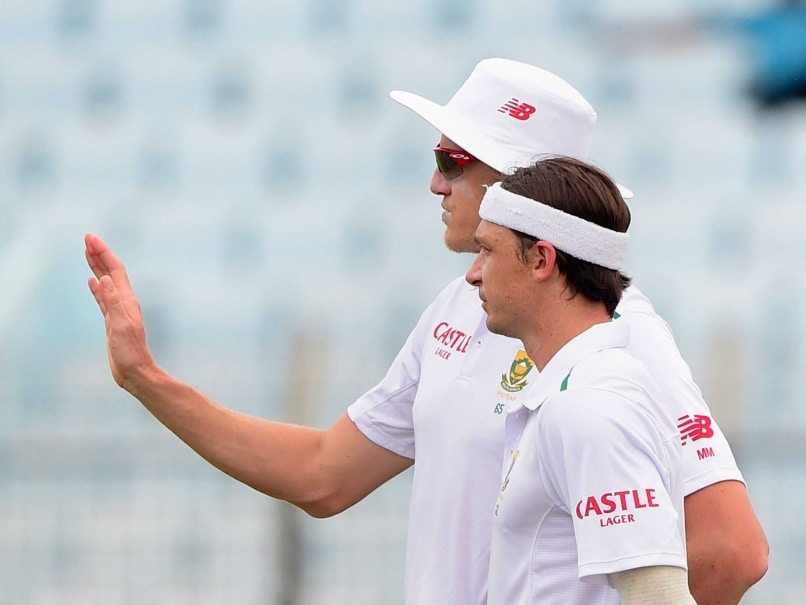 South Africa have plans to show Bangladesh why they are the No.1 Test cricket team in the last match here after they failed to play their natural game in the drawn first Test.

"It's time for us now to step it up a bit and show why we are the No.1 team in the world," said fast bowler Morne Morkel, reports bdnews24.com.('South African Bowlers Ready to Step up')

The Chittagong Test was called off after rain washed out the last two days. But the hosts had kept the Proteas under pressure in the first three days.

South Africa were restricted to just 248 in the first innings and then the hosts took a 78-run lead, scoring 326. Bangladesh still had a 17-run lead when the match was drawn.

The second Test is set to begin at the Sher-e-Bangla National Stadium here on Thursday.

"We just need to get 20 wickets, whether a stumping down the leg side or a yorker. We have had a look at their batting line-up again and we are going to go with different plans. Hopefully, that will work for us in the second Test," said Morkel, who has 217 wickets from 63 Tests.

He said they were happy with the weather change as South Africa trained under a scorching sun here. After drawing the curtains in the first Test, rain had kept the players inside the hotel for the past four days, forcing the players to practice indoors.

"We're very happy. We have got a bit of cabin fever sitting in the hotel. Really excited to go and get this Test underway and there are 11 hungry Proteas in the change room," said Morkel.

The lanky pacer thanked the Bangladeshi people for their hospitality, but expressed frustration at grid locks on the city streets. "Fantastic! Coming to Bangladesh is always special. People go out of their way to make us feel at home. It's just one thing, the traffic sometimes is not fun."

This is the fourth time Morkel has travelled to Bangladesh. He came in 2008 for the first time to play in a bilateral series, the second was in 2011 during the World Cup and the third last year to play in the World Twenty20.

Fellow pacer Dale Steyn will begin the last match in the series with the chance of taking his record 400th Test wicket. "Dale's been unbelievable. He has led this attack for years now and he has been the No.1 Test bowler for many years. I am happy for him."

Steyn, who will play his 80th Test on Thursday, had taken 3/78 in the first innings of the first Test to take his tally to 399. Until now, Shaun Pollock is the only Proteas seamer to have achieved the feat of 400 Test wickets.

Morkel and Steyn have spearheaded the Proteas pace attack in 59 Tests in the past nine years.

"He is a guy who really works hard and is always looking to improve, always looking to shape the ball from different angles. He is like a good red wine, he is going to get better with age. It's going to be special when he gets his 400th but there is plenty more in the tank for him," added the fast bowler.

Comments
Topics mentioned in this article
South Africa Cricket Team Bangladesh Cricket Team Albie Morkel Cricket
Get the latest updates on SA vs IND 2021-22, check out the Schedule and Live Score . Like us on Facebook or follow us on Twitter for more sports updates. You can also download the NDTV Cricket app for Android or iOS.