Afghanistan opener Mohammad Shahzad slammed a magnificent 118* as he broke several records during the Twenty20 match against Zimbabwe in Sharjah. 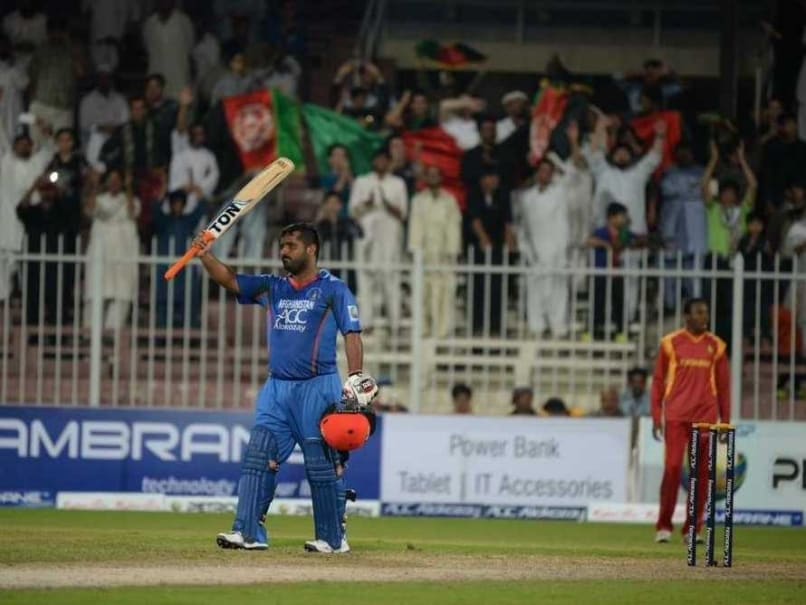 Mohammad Shahzad became the first Afghanistan batsman to score a century in Twenty20 internationals when he smashed an unbeaten 118 (Image Credit: Afghan Cricket Board Twitter)
Sharjah:

Mohammad Shahzad's nickname is MS, in tribute to his idol Mahendra Singh Dhoni. On Sunday, Shahzad lit up Sharjah with a knock which would have made the Indian limited-overs skipper proud.

On Sunday, in the second Twenty20 international against Zimbabwe in Sharjah, Shahzad etched his name in the record books by slamming a magnificent century to help Afghanistan to a record score. His achievements are a symbol of how Afghanistan cricket has progressed in the last couple of months. Here are a few records shattered by Shahzad.

- Shahzad became the first Afghanistan player to score a Twenty20 international century. Before this, the highest score by an Afghanistan batsman was by Usman Ghani who smashed 69 off 54 balls against Oman in Abu Dhabi in November 2015.

- Shahzad became the second batsman from an Associate Nation to score a century in a Twenty20 International. Before Shahzad, Scotland's Richie Berrington had become the first batsman to score a century when he smashed 100 off 58 balls against Bangladesh at The Hague in July 2012.

- Shahzad's 118* is the highest individual score for a batsmen carrying his bat through the innings. Before this, Richard Levi had scored 117* against New Zealand in Hamilton in February 2012.

- Afghanistan notched up 215/6 thanks to Shahzad's knock, which is their highest score in this format. However, the highest score by an Associate Nation is Ireland's 225/7 against Afghanistan in Abu Dhabi in November 2013.

- Shehzad notched up his century off just 52 balls, which is the sixth fastest in Twenty20 internationals.

Comments
Topics mentioned in this article
Afghanistan Zimbabwe Cricket Team Sharjah Cricket Association Stadium, Sharjah Mohammad Shahzad Cricket
Get the latest updates on ICC T20 Worldcup 2022, check out the Schedule and Live Score. Like us on Facebook or follow us on Twitter for more sports updates. You can also download the NDTV Cricket app for Android or iOS.