Hafeez also heaped praise on Pakistan's Test captain, Misbah-ul-Haq for the team's consistent show in this format in the last two years despite some tough situations. Insisting that the players deserved credit for adjusting well to all formats of the game, Hafeez said, "The good thing is our players have been playing international cricket and lot of four-day domestic cricket. 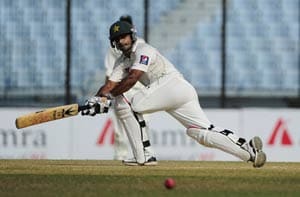 Pakistan's Twenty20 captain Mohammad Hafeez has urged the PCB to organise more Test matches for the national team as he feels that the players can sharpen their cricketing skills only by playing the longest format of the game.

Speaking to the media ahead of Pakistan's tour to South Africa at the national stadium on Monday, Hafeez said it was unfortunate that in the last few years, the team had played very few Test matches compared to other countries.

"Last year we played three Test matches against England in January. Than we played three Tests in Sri Lanka in June-July. Now we are going to play the world's number one Test side (South Africa) after a gap of six months. This is tough on the players," he said.

"We need to play more Tests because I believe players can only develop in this format not through T20 cricket. The two good players we have found since 2010 are Azhar Ali and Asad Shafiq and this is because they have done well in Tests," Hafeez, who won the player of the year award at the first PCB annual awards held last week in Lahore for his all-round performances in all formats of the game, said.

Hafeez also heaped praise on Pakistan's Test captain, Misbah-ul-Haq for the team's consistent show in this format in the last two years despite some tough situations.

"Misbah-ul-Haq has led the side maturely. And we have had the same nucleus of players in Tests. There has been stability and consistency in selection and that has helped a lot."

Insisting that the players deserved credit for adjusting well to all formats of the game, Hafeez said, "The good thing is our players have been playing international cricket and lot of four-day domestic cricket."

Hafeez said that the tour to South Africa, where they will play three Tests followed by two T20 Internationals and five One-dayers, is going to be a challenging one.

"The tour to South Africa is a big challenge for us because since the last time we went there in 2007, lot of players have changed in the team. And they are now the number one Test side in the world.

"But I am confident we will put up a hard fight because our morale is high after good performances in recent times, most importantly on the tour to India," he said. 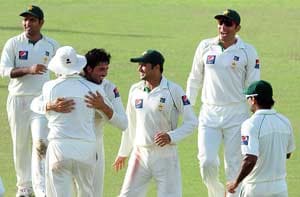 Hafeez although admitted that Pakistan were going to South Africa one fast bowler short, he felt that young pace attack was capable of giving a hard time to the experienced Proteas side.

"Pakistani selectors have picked four pace bowlers for the tour, including Mohammad Irfan and Ehsan Adil who are yet to play a Test. But they have decided what is best.

"I think for young pacers like Junaid Khan, Irfan and Adil the upcoming tour is the best platform to establish themselves at the top level," he stressed.

Hafeez said the PCB had done well to schedule the tour in such a manner that the team would go to South Africa 10 days before the first Test, starting on February 1 in Johannesburg.

"That will allow us to adjust, especially the players who have never been to South Africa."

Stating that Pakistan's trump card in South Africa would undoubtedly be Saeed Ajmal, the T20 skipper said: "He is our best bowler and he will have a key role to play in South Africa. He will bowl a lot of overs there. But then we are confident he can do that since he has shouldered the burden of the bowling for last few years admirably well."