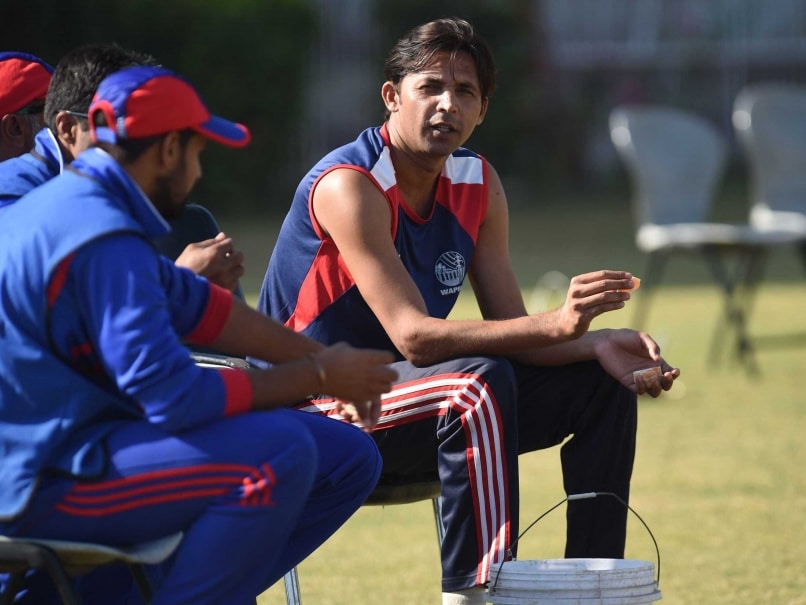 Mohammad Asif (centre) played seven games for WAPDA on his return to competitive cricket in the National One-Day Cup in January.© AFP
Karachi:

Tainted Pakistan pacer Mohammad Asif, who is striving to earn a recall to the national team after returning to competitive cricket, will lead Sialkot in the Quaid-e-Azam Trophy. (Butt, Mohammad Asif Return to Domestic Cricket After Fixing Ban)

"It is a big positive step for me and in my bid to play maximum competitive cricket," Asif said.

Asif played seven games for WAPDA on his return to competitive cricket in the National One-Day Cup in January but said he was looking forward to the grade-2 competition as it was three-day match against top teams.

Pakistan's former captain Salman Butt, who was also banned for five years for spot fixing, is also likely to appear in the competition for Candyland team.

The president of the Sialkot Region, said Asif was asked to lead the team since he was a very senior player.

"Since he can now play cricket at any level and has served his punishment there is no reason to ignore him as he belongs to our region," he added.

He said none of the Sialkot players had any issues playing with Asif and he will be given full support as captain.

(This story has not been edited by NDTV staff and is auto-generated from a syndicated feed.)
Comments
Topics mentioned in this article
Pakistan Cricket Team Mohammad Asif Salman Butt Cricket
Get the latest updates on ICC T20 Worldcup 2022 and CWG 2022 check out the Schedule, Live Score and Medals Tally. Like us on Facebook or follow us on Twitter for more sports updates. You can also download the NDTV Cricket app for Android or iOS.