The redevelopment, which will run until 2027, involves an increase in the ground's capacity by 2,700 to 32,000 and is staggered over a number of stages, starting with the rebuilding of the Warner and Allen stands at the Pavilion End of the ground and extending the museum and library. 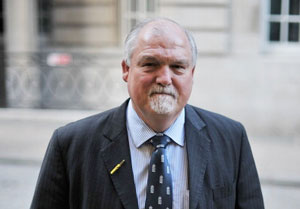 Former England captain Mike Gatting, who has been named the new president of the Marylebone Cricket Club (MCC), will oversee the ambitious 200-million pound makeover plan of the iconic Lord's Cricket Ground.

MCC, which retains responsibility for the game's laws and is the owner of the Lord's, is also set to celebrate the bicentenary of the 'Mecca of cricket' in 2014.

"Lord's is a fantastic, iconic ground, the envy of the cricketing world, but there is significant work to do if MCC is to maintain its long-term stated ambition to continue to own the finest cricket ground in the world.

"The ground is looking tired in places and somewhat under-loved and it is vital MCC provides an outstanding experience for visitors to Lord's," said Colin Maber, chairman of the MCC's ground working party and estates committee.

"The Masterplan has been designed to provide a framework within which ground development over the next 15 years can be set. The phased approach allows room for flexibility and evolution," he said following the club's meeting in London yesterday.

The redevelopment, which will run until 2027, involves an increase in the ground's capacity by 2,700 to 32,000 and is staggered over a number of stages, starting with the rebuilding of the Warner and Allen stands at the Pavilion End of the ground and extending the museum and library.

It is a watered-down version of the original 400 million pound-plan announced in 2008, which included a controversial residential development on land at the Nursery Ground leased to the club. The first phase of building, costing 90 million pound, will be funded from the club's coffers with the second part boosted by borrowings.

Gatting, 55, will take up the presidency on October 1, succeeding Mike Griffith, and will hold the position throughout the summer of the bicentenary year in 2014 -- which also marks the 150th anniversary of Middlesex, another team the Englishman captained.

"Few people are so closely identified with Lord's as Mike Gatting, and I am therefore delighted that he accepted my invitation to serve as president of MCC," said Griffith, former Sussex county captain.

Comments
Topics mentioned in this article
Cricket Michael William Gatting
Get the latest updates on ICC T20 Worldcup 2022 and CWG 2022 check out the Schedule, Live Score and Medals Tally. Like us on Facebook or follow us on Twitter for more sports updates. You can also download the NDTV Cricket app for Android or iOS.