As the first death anniversary of Australian cricketer Phil Hughes approaches, former Australian skipper Michael Clarke has said that not a day has gone by that he hasn't thought of his 'little brother'. 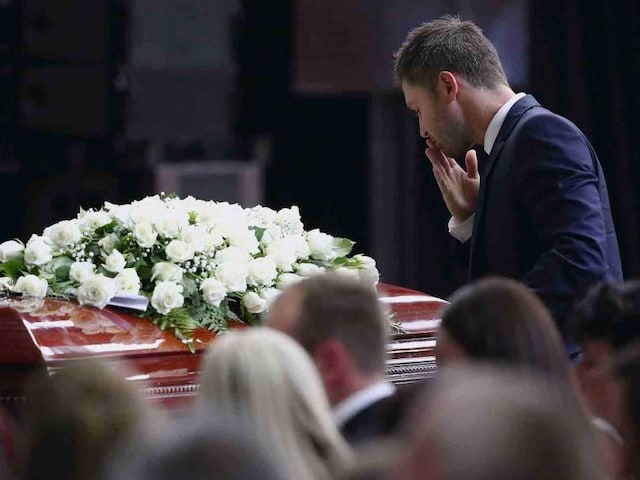 Come Friday, Michael Clarke will be engulfed with mixed emotions. If the birth of his daughter has given him plenty to cheer about, on the other hand he will also be mourning the first death anniversary of his 'little brother' and former teammate Phil Hughes. (How Phil Hughes' Death Subdued Aggressive Mitchell Johnson)

It's been almost a year since Hughes succumbed to injuries, which he had sustained during a Sheffield Shield game in Sydney. But the 34-year-old feels he still can't get over that fact that his best friend is no more.

"I think about him (Hughes) every day.

"It's flown, to be honest, it's obviously been tough," Clarke was quoted as saying in stuff.co.nz.

Hughes, while batting on 63, was struck on the head by a bouncer from Sean Abbott during a Sheffield Shield game in Sydney. The 25-year-old tried to regain his composure but fell face first to the ground and was taken to the hospital. He never regained consciousness and died three days later at St Vincent's Hospital in Sydney.

Clarke had delivered a moving eulogy in December 2014, where he spoke of Hughes' spirit which was "now part of the game forever ... we must learn from it, we must dig in ... we must dig in and get through to tea. And we must play on. So rest in peace, my little brother, I'll see you in the middle."

Although, Clarke would be spending his time at the hospital with his wife, Kyly, and their newborn daughter, Kelsey Lee, but reckoned it will be hard not to think about Hughes on his death anniversary. (Michael Clarke And Wife Kyly Welcome Baby Girl)

"It's going to be a really tough day and I think the guys playing are going to do it tough," said Clarke.

"I think it's really important that we continue to support the Hughes family and show our respect there."

Comments
Topics mentioned in this article
Phillip Hughes Michael Clarke Australia Cricket Team Sydney Cricket Ground (SCG), Sydney Cricket
Get the latest Cricket news, check out the India cricket schedule, Cricket live score . Like us on Facebook or follow us on Twitter for more sports updates. You can also download the NDTV Cricket app for Android or iOS.