Michael Clarke Appointed Officer In Order Of Australia, Thought It Was April Fool's Joke In June

Michael Clarke was appointed an officer in the Order of Australia, joining iconic ex-skippers like Allan Border and Steve Waugh who have received the national recognition. 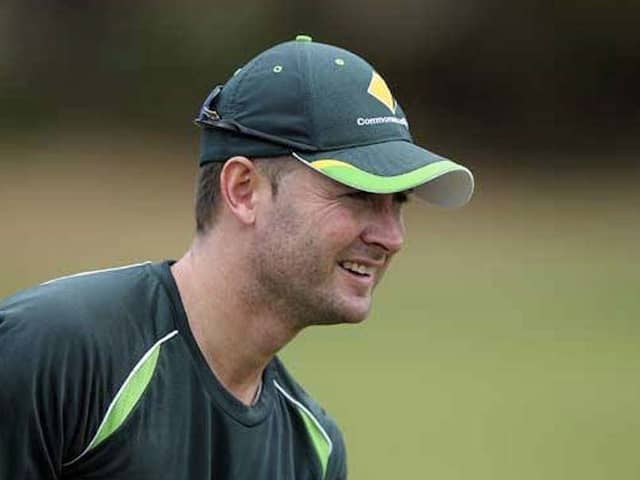 Australia's World Cup-winning former captain Michael Clarke was on Monday appointed an officer in the Order of Australia, joining iconic ex-skippers like Allan Border and Steve Waugh who have received the national recognition. Clarke, who led Australia to the 2015 World Cup title, has been appointed an officer (AO) in the general division of the Order of Australia, an honour for achievement or meritorious service. Reacting to the news, Clarke told Channel 9: "To be honest, I thought it was an April fool's prank in June. Very surprised but in the same breath very honoured."

The other Australian captains who have received an AO include Ricky Ponting, Mark Taylor, Steve Waugh, Allan Border and Bob Simpson.
Clarke has been honoured for "distinguished service to cricket as a player at the national and international level, through leadership roles, and to the community".

When asked how cricket will emerge out of the COVID-19 crisis, Clarke sounded upbeat.

"I believe cricket is big part of this country's culture, like all sports but cricket is the most dominant in our country. It is in our blood and even if you don''t sit and watch it, the sound of cricket represents summer," he said.

"We are in great hands when it comes talent in this country. I love the players coming out and saying that if ''we have to take a pay cut because of where the games sit, we are happy to do that''. That shows their character."

Clarke said the game in Australia will be back on track irrespective of the fate of T20 World Cup which is in serious doubt due to the pandemic.

"I am really confident no matter what happens with COVID, whether we get this World Cup in October or start the summer in November, sport will find a way to survive and find a way to be successful."

Cricket Australia, facing losses to the tune of 300 million Australian dollars, is banking heavily on hosting the India Test series later this year to get back on its feet financially.

Michael Clarke Cricket
Get the latest Cricket news, check out the India cricket schedule, Cricket live score . Like us on Facebook or follow us on Twitter for more sports updates. You can also download the NDTV Cricket app for Android or iOS.