Will Pucovski who turned 21 on Saturday, smashed a superb 243 for Victoria against Western Australia this season. 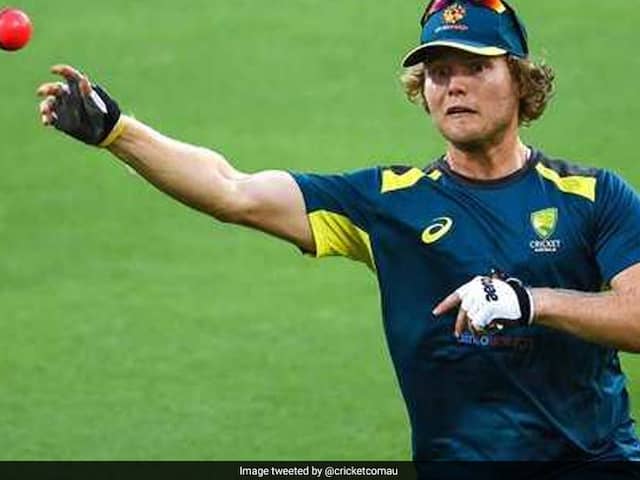 Will Pucovski has left the Test squad to deal with mental health issues.© Twitter

Cricket Australia chief executive Kevin Roberts Saturday defended the handling of young batting prospect Will Pucovski, who has left the Test squad to deal with mental health issues. The Victorian, who turned 21 on Saturday, smashed a superb 243 for Victoria against Western Australia this season, which saw him parachuted into the national setup for the two Tests against Sri Lanka. But he was overlooked for the first one in Brisbane and again missed out on selection for the second Test currently being played in Canberra.

Pucovski travelled with the squad to the nation's capital but has now been released to return home to Melbourne.

"He reported some challenges over the past few days, and the decision has been made that the best thing for Will's welfare is for him to return home to Melbourne," Cricket Australia doctor Richard Saw said in a statement.

"Will has been proactive in this process and while he has made significant progress, he feels this is the best course of action to get ready to play cricket for Victoria."

Saw said the decision to release him had been made in consultation with his family, Cricket Australia's medical staff and Cricket Victoria.

"Will's decision to speak up and continue to ask for assistance in managing his ongoing mental health is extremely positive," he said.

Roberts defended bringing him into the squad in the first place, given he suffered similar mental health issues in the past.

"We're handling the situation with care. Will has been really mature about it," Roberts told broadcaster ABC.

"It is really important to note the support Will has had around him through the team doctor, psychologist in the team, and also the national network of support we've got with player development managers in every state."

Despite Pucovski being in the squad and tipped to start in Brisbane, selectors opted to call up Kurtis Patterson at the last minute after he struck two centuries against Sri Lanka in a warm-up game.

Roberts denied this sparked the issues with Pucovski.

"It wasn't Will's wellbeing or his challenges with that that saw him not play in the Gabba Test, it was because we had a bloke called Kurtis Patterson who played supremely well and scored twin unbeaten hundreds," he said.

"I'm comfortable with how that played out but at the same time I acknowledge not everyone will agree with me."

It is not the first time Pucovski has struggled with mental health issues.

After his 243, he took a long break and later told reporters: "It was one of those things where what it looked like from the outside wasn't quite matching up with what it was on the inside.

Comments
Topics mentioned in this article
Will Pucovski