Match-fixing Boss Threatened me With a Bat: Lou Vincent

Lou Vincent, who has been banned for life for fixing matches, reveals how he was threatened when an attempt to rig a game backfired and cost bookies a fortune. 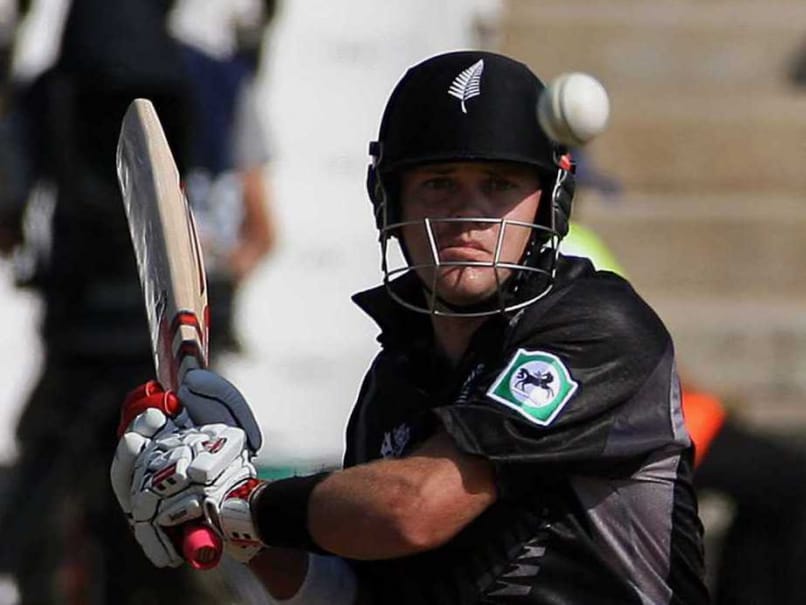 Lou Vincent admitted to match fixing and apologised for being a cheat.© AFP
Wellington:

Vincent, who received a life ban from cricket this week after admitting to fixing, said the incident occurred in 2008 during a match in the now-defunct Indian Cricket League (ICL), when he was supposed to underperform with the bat. (My name is Lou Vincent and I am a cheat)

Instead, as he was trying follow orders and get out cheaply, the ball hit a footmark and deviated into the middle of his bat, sailing over the bowler's head for six.

The mistake was compounded when he accidentally edged the next ball for four, ending his innings with a score that was too high for those who knew about the fix to make any money.

Vincent attributed the mishap to "the cricketing gods", but said his mentor, a renowned player who recruited him into the world of match-fixing, was furious and accused him of staging a double cross with rival bookies.

"He was spitting and fuming saying 'you cost me millions'," Vincent told the New Zealand Herald in an interview published Thursday.

"I could see I'd stuffed up massively. He accused me of double bluff but I wasn't working against him deliberately."

He added to broadcaster TV3 that he feared the player, who he could not name for legal reasons, was going to physically attack him during the "horrendous night".

"He sat me down and walked away and grabbed his cricket bat and I'm surprised he didn't follow through and hit me," he said.

"He stopped the bat above his head, walking towards me with this killer look in his eyes, I thought 'this is pretty serious'."

Vincent was banned from any association with the game for life by the England and Wales Cricket Board this week after admitting to helping rig English county matches.

He revealed the ban on Tuesday in a statement that began: "My name is Lou Vincent and I am a cheat."

He told Radio Sport that he felt "despicable" after becoming involved in match-fixing, turning to alcohol and sleeping pills after betraying the game he loved.

He said greed lured him into the racket, with promises of US$50,000 for every ICL game he fixed, but the reality was that he made little money and players involved in fixing were just pawns for those higher up the food chain.

"I've been used and abused in the cricketing world as part of this fixing thing," he said.

"That's part of my message to get across. The only people to lose out are the players, they'll lose out on credibility, financially and they'll get used. Simple as that."

After the cricket bat incident, Vincent eventually patched up his differences with his boss and he alleges the player pushed him into fixing again in England, which eventually resulted in his life ban.

He said he once regarded the player as his hero, but now saw him as a bullying, manipulative "monster".

Vincent, who has testified to ICC anti-corruption investigators that he was involved in fixing in five countries between 2008 and 2012, said he would continue to cooperate with a probe into the problem.

While regretting the life ban, he conceded it was fair, and said he felt liberated finally talking openly about his experiences in cricket's underworld and was relishing the prospect of beginning a new life.

"It's going to take a while to get there but every morning now I wake up and don't hate myself," he said. "I love my life, I love the world, it's small steps."

Comments
Topics mentioned in this article
Lou Vincent Cricket
Get the latest updates on ICC Women's Cricket World Cup 2022 and IPL 2022, check out the Schedule , Live Score and IPL Points Table. Like us on Facebook or follow us on Twitter for more sports updates. You can also download the NDTV Cricket app for Android or iOS.