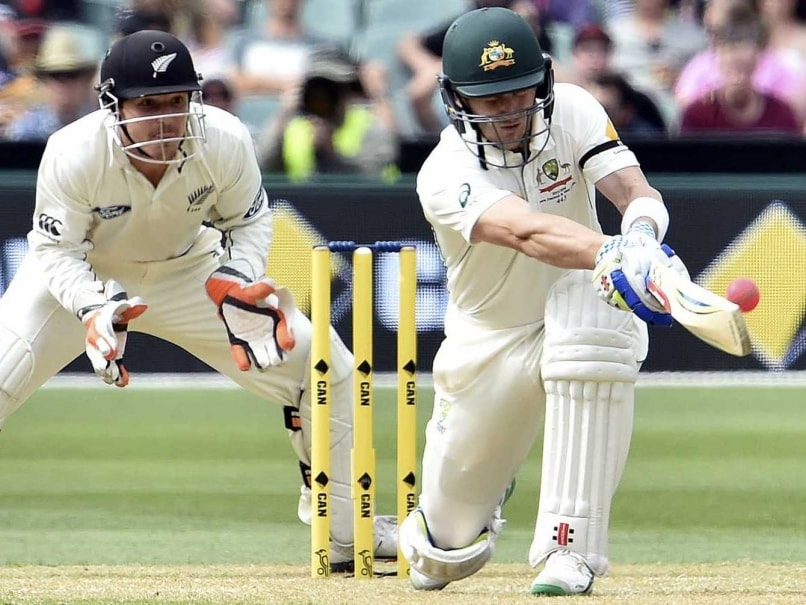 Peter Nevill in action vs New Zealand in Adelaide.© AFP

Australian batting great and present selector Mark Waugh supports the idea of moving Peter Nevill ahead of Mitchell Marsh in the batting order for the first Test here against the West Indies which starts from December 10.

"If you bat him (Marsh) at seven it might just free him up a little bit. He won't have that pressure of justifying his spot as a batsman at No.6 so I think he'll free up a bit," Waugh was quoted as saying by cricket.com.au on Thursday.

"And I think Nevill is good enough to bat at six. His technique is excellent. I don't think a keeper has to bat seven. It's not in the rule book, is it?"

Comments
Topics mentioned in this article
Australia Cricket Team Mark Waugh Peter Nevill Mitchell Marsh Cricket
Get the latest updates on ICC T20 Worldcup 2022, check out the Schedule and Live Score. Like us on Facebook or follow us on Twitter for more sports updates. You can also download the NDTV Cricket app for Android or iOS.