Maria Sharapova, who won the French Open but lost in Wimbledon, said she was not aware of cricket legend Sachin Tendulkar. The Russian said she was impressed by David Beckham and was in awe of basketball legend Michael Jordan. 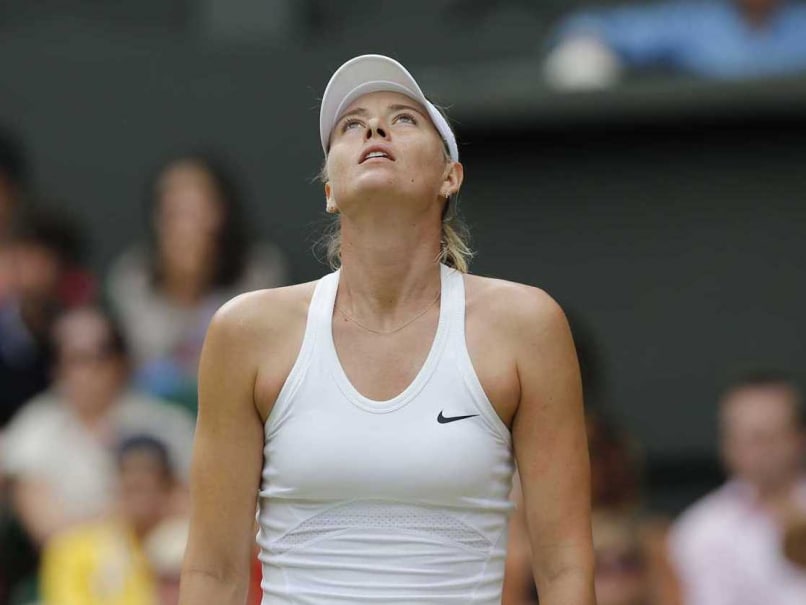 Maria Sharapova has faced online backlash since she revealed that she doesn't know who Sachin Tendulkar is.© AP
New Delhi:

He may be regarded as cricket's 'God' and the world may see him the best-ever batsman of his generation, but Sachin Tendulkar is still an 'unknown' quantity in the world of sports. That cricket's global 'appeal' is rather limited is well illustrated by the fact that Grand Slam champion and tennis queen Maria Sharapova doesn't even know who Tendulkar is. (Tendulkar makes Wimbledon visit)

Considering the fact that Tendulkar is quite a 'regular' visitor at Wimbledon and good friends with Roger Federer, it comes as quite a surprise that Sharapova is oblivious of a man who has broken almost every batting record in cricket.

Tendulkar was the Royal Box in Wimbledon on Saturday. He was not the only celebrity sportsperson in that exclusive space. David Beckham and golfer Ian Poulter were also present. When Sharapova was asked at her post-match press conference is she knew that a cricket icon had come to see her play, the five-time Grand Slam champion said she had met Beckham a few times but wasn't familiar with Tendulkar.

Tennis WorldÂ  reports that when Sharapova was asked: "Sachin Tendulkar was the other person who came in at the same time as David. Do you know who Sachin is?" The French Open winner flatly replied: "I don't."

On Beckham, the Russian tennis star said: "I've actually met him a couple times at events in LA and in London. He is a great guy. Besides being an incredible football player, he has done so much in his career, having a family, maintaining so many things off the court. He is a really nice person to chat to. We're not best friends or anything, but it's nice to be able to say hello and congratulate each other on achievements we've had in our careers and so on."

Sharapova also said that the one sportsman she got star-struck while meeting was basketball legend Michael Jordan.

Â "Yeah, I randomly met Michael Jordan at a private airport. I don't even know why. I didn't grow up watching so much basketball. I was like, Wow, that's cool. I don't really know the reason, but I think of all his success on and off the court, it's great to meet someone like that. He recognized me, which is pretty cool I thought back in the day," Sharapova said.

Comments
Topics mentioned in this article
Sachin Ramesh Tendulkar Maria Sharapova Cricket
Get the latest updates on ICC Women's Cricket World Cup 2022 and IPL 2022, check out the Schedule , Live Score and IPL Points Table. Like us on Facebook or follow us on Twitter for more sports updates. You can also download the NDTV Cricket app for Android or iOS.