"Yes it could be a ploy to take advantage of the timing of the series and I personally see the work of the author as an attempt to create sensationalism." 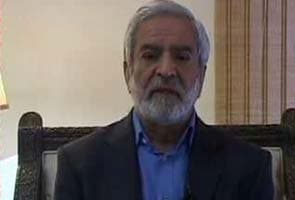 Former ICC President Ehsan Mani has urged the International Cricket Councul (ICC) and the Indian and Pakistan Cricket Boards to ask the British journalist who has made allegations that the 2011 World Cup semifinal between India and Pakistan was fixed to produce evidence.

Mani said that the timing of the book could be aimed at creating sensationalism by taking advantage of the fact that Pakistan will be playing a bilateral series against India in December after five years.

"Yes it could be a ploy to take advantage of the timing of the series and I personally see the work of the author as an attempt to create sensationalism. But even then the ICC and the Pakistan and Indian Boards can't just dismiss the matter like that," he said.

"It does not matter why this allegation has surfaced now but what is important is that Ed Hawkins has pointed a finger at the way the sport is being run by ICC. He has basically said cricket is corrupt. And I don't think one should ignore such serious allegations," Mani said.

"The ICC and the Pakistan and Indian boards need to tell the publishers of the book and the writer that they must show them the evidence based on which such serious allegations have been made or else they must take them to court," he suggested.

Mani pointed out that the book had basically tried to say that both teams fixed the semifinal.

"I think there is nothing wrong in holding an inquiry again into the allegations and in this course the publishers and writer must be asked to collaborate their sensational claims with evidence," he added.

The former ICC chief said that cricket for long had been in the throes of match fixing allegations and this had hurt the image of the sport.

But, he supported the work done by ICC anti-corruption and security unit.

"The ICC unit works within a certain framework and ambit and they are doing their best."

Comments
Topics mentioned in this article
India Cricket Team Pakistan Cricket Team Cricket Stuart Broad Mohammad Asif Zaheer Abbas
Get the latest updates on IPL 2020, check out the IPL Schedule for 2020 and Indian Premier League (IPL) Cricket live score . Like us on Facebook or follow us on Twitter for more sports updates. You can also download the NDTV Cricket app for Android or iOS.