Mandeep Singh was awarded the 'Player of the Match' for his 95 at the top order. India A beat Australia A to claim the Quadrangular 'A' Series 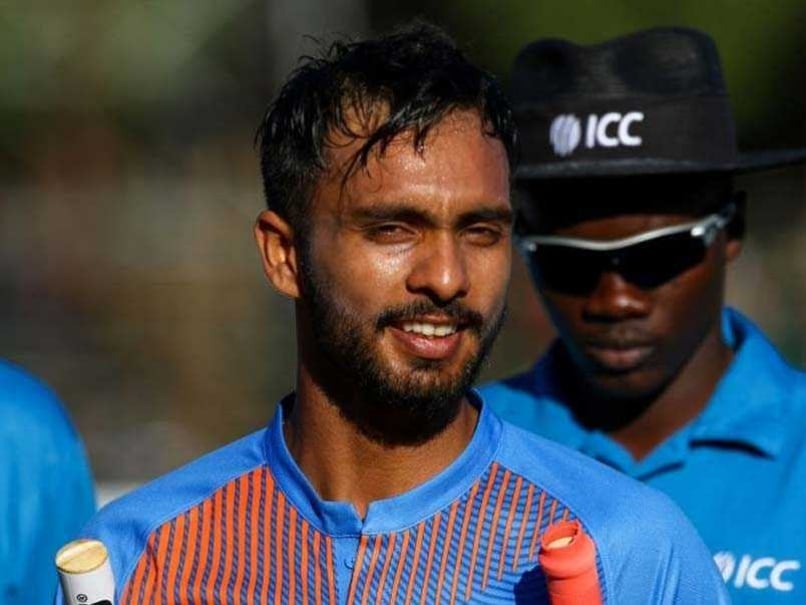 Mandeep Singh played a matured innings of 95 off 108 balls and shared crucial stands with Shreyas Iyer and Manish Pandey.Â © AFP

Mandeep Singh smashed a brilliant 95 while spinner Yuzvendra Chahal took four wickets to help India A clinch the Quadrangular 'A' Series after defeating Australia A by 57 runs in the final.

Mandeep, who was named 'Player of the Match', combined with captain Manish Pandey (61) to set India A up to reach an ultimately defendable total of 266 for four.

In reply, Cameron Bancroft (34) and Nic Maddinson started well, but it was Yuzvendra Chahal (4/34), who was the ultimate winner from the innings, taking key scalps and to swing the game India A's way.

Australia A skipper Pete Handscomb (43) combined with Alex Ross (34) to edge closer to the total, but the back end of the game was all for the Indians, claiming the last five wickets for just 26 runs.

India A have now claimed the last three 'A' series, defeating Australia A on each occasion.

The Board of Control for Cricket in India (BCCI) today congratulated India A on winning the Quadrangular series title by defeating Australia A by 57 runs in Mackay.

BCCI president Anurag Thakur said, "I would like to congratulate India 'A' on their series win in Australia. Kudos to India 'A' coach Mr. Rahul Dravid for his effort in building a young team and further strengthening the bench strength of Team India."

BCCI secretary Ajay Shirke said, "My heartiest congratulations to Mr. Rahul Dravid and the boys for registering series win in Australia. The young team has shown great consistency by winning the title for the third consecutive year."

Comments
Topics mentioned in this article
Mandeep Singh Shreyas Santosh Iyer Manish Pandey Nic Maddinson Cricket
Get the latest updates on India vs South Africa and check out  Schedule, Results and Live Score. Like us on Facebook or follow us on Twitter for more sports updates. You can also download the NDTV Cricket app for Android or iOS.