Mahendra Singh Dhoni, who holds an honorary rank of Lieutenant Colonel in the Indian Territorial Army, has praised the armed forces in the backdrop of a raging debate on freedom of expression. 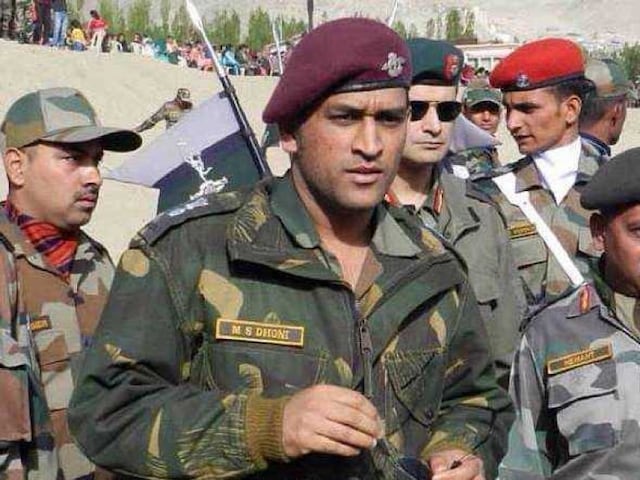 Mahendra Singh Dhoni's comments on the armed forces comes against the backdrop of a raging debate on freedom of expression.(Image courtesy: MS Dhoni's official account on Facebook)

Amid continuing uproar on the issue of freedom of expression in the country, Indian cricket captain Mahendra Singh Dhoni called for respect to the armed forces, saying that the nation is in a position to debate because of the men in uniform. (Mahendra Singh Dhoni Believes India Has a Balanced Side For World Twenty20)

As v have this debate on freedom of speech our forces r making sure v stay in position to keep debating.

Dhoni holds the honorary rank of Lieutenant Colonel in the Indian Territorial Army.

Comments
Topics mentioned in this article
India Cricket Team MS Dhoni Cricket
Get the latest Cricket news, check out the India cricket schedule, Cricket live score . Like us on Facebook or follow us on Twitter for more sports updates. You can also download the NDTV Cricket app for Android or iOS.