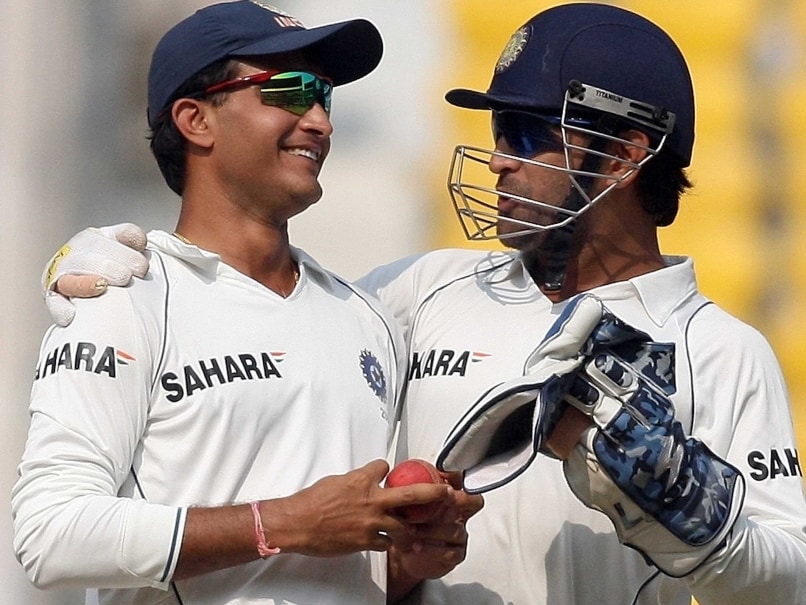 Asked whether Dhoni at times get unfairly criticised, the former India captain said: "It is part and parcel of the job. MS has been captain for such a long time and he is used to it. We all get used to it. At the same time, when we do well, we are taken up to mountains and the skies." (Mahendra Singh Dhoni is Overstaying his Time as India's ODI Skipper: Ian Chappell)

"MS has this fantastic ability to remain calm under any situation. Lot of people have asked me that "you have been with him, so how does he remain calm? I tell them that he doesn't show it. From inside he is different, from outside he is different. That goes around in the dressing room and he gets a lot of respect. We only look at the criticism but amount of respect he gets in India is unbelievable," Ganguly said at NDTV's Indian of the Year event in New Delhi.

Questioned if he is ready to coach the Indian cricket team at the moment, Ganguly said that his administrative responsibilities will not allow him to take up the job at the moment even if he is offered.

"I really don't know as I have got another job to do at the moment. I am actually running the cricket (as CAB president). You can't do both at the same time. You have to see where life goes. At the present moment, 'No' (to coaching) as I am an administrator with responsibilities of running the game," the 'Prince of Kolkata' said.

On his role in the high-profile Cricket Advisory Committee (CAC) that is supposed to pick the next coach, Ganguly said: "To be honest, I don't know whether that committee exists at all. I think team is doing well and may be we will have to think about it in future."

He was also asked about the possibilities of becoming the BCCI president but he preferred to remain non-committal.

"I really don't know. I have just started a career and I don't where it will go and where it will finish. I don't rule out anything in life nor do I look too far forward either. I live for the day and the moment. I am trying to do the job I have at present to the best of my abilities and let's see what happens."

Time is a problem why he is not writing an autobiography as he has to juggle his professional as well as administrative commitments. "You have got to find time to do it. I am doing too many jobs at the moment. I do honorary jobs as well as I have to earn my living. May be someday, I will get time to write."

Comments
Topics mentioned in this article
MS Dhoni Sourav Ganguly Cricket
Get the latest updates on IPL 2020, check out the IPL Schedule for 2020 and Indian Premier League (IPL) Cricket live score . Like us on Facebook or follow us on Twitter for more sports updates. You can also download the NDTV Cricket app for Android or iOS.