A huge crowd collected at Eden Gardens to felicitate their Kolkata Knight Riders team and get a glimpse of Bollywood superstar Shah Rukh Khan after KKR became Indian Premier League 2014 champions. However, the celebrations were spoiled by a Police lathicharge as the crowd went out of control. Get the highlights of the Big Bash at Eden.

16:52 (IST): The KKR celebration is coming to an end. The Lathicharge and injuries have spoilt the Eden show. Mamata Banerjee says next time KKR wins, the celebration will be at Brigade Parade ground.

16:02 (IST): Almost everyone wants to get a piece of the KKR team. The City Police Commissioner, Tollywood stars line up to gift the players from mementoes to Alfonso mangoes.

15:58 (IST): Cricket Association of Bengal president Jagmohan Dalmiya is gifting golden rings to the KKR players. In 2012, the players got golden chains.

15:55 (IST): Morne Morkel is missing the KKR celebrations. The Australian players Pat Cummins and Chris Lynn have never see something like this. 65000 fans at Eden shouting K-K-RRRK-K-RRR.

15:41 (IST): Mamata Banerjee arrives at Eden and so does the Cup. The players board an open jeep to do a victory lap with the Cup. KKR have won the IPL Cup for the second time in three seasons.

15:26 (IST): Meanwhile, Mamata Banerjee's return to North Bengal has also been delayed. She was to fly back by a private plane at 4 PM. Now she plans to leave at 6 PM. For every hour's delay, the cost to hire the jet will increase by Rs 2.5 lakh.

15:23 (IST): Shah Rukh is on his way to Eden. His flight was delayed due to technical snag.

15:06 (IST): KKR players arrive in the team bus. The team arrives minus the Cup and there is more chaos. The Police has been sent to the team hotel to bring the Cup!

15:03 (IST): Usha Uthup sings her chartbusters while veteran Tollywood star Prosenjit keeps the fans engaged. There is news that SRK is on his way. The lathicharge outside the Clubhouse gate is spoiling the mood at Eden.

14:53 (IST): There are more than 1.5 lakh people in and around Eden Gardens. Police have been caught on a bad wicket. Bengal's sports minister Madan Mitra has arrived at the scene to pacify the angry fans who await the arrival of SRK and KKR players.

14:50 (IST):Chaos at Eden Gardens. The Rapid Action Force is 'batting' in full swing as fans are injured due to stampede. Some women fans and children are also suffering from suffocation.

14:16 (IST): Eden is full to capacity. There must be at least 50,000 people inside. But the bad news is there are as many outside and the police is having a tough time controlling the crowd. The cops are wielding the lathi like Yusuf Pathan's bat and the fans are taking the 'hit' bravely. They just want a piece of the Badshah and his champions!

14:01 (IST): Kolkata Knight Riders fans brave the heat and humidity and await Shah Rukh Khan and the players. Tollywood is in full attendance. Filmstars June Maliah and Rudranil Ghosh keep the fans busy with some entertainment. 12:53 (IST): KKR celebrations will get further delayed as Shah Rukh Khan's flight from Mumbai has been hit with technical snags.

12:33 (IST): The KKR party is being jointly organised by the West Bengal government and the Cricket Association of Bengal. Every member of the KKR team will be felicitated. Budget for gifts for each player is Rs 20,000!

12:25 (IST): Reportedly Mamata Banerjee is spending a fortune from the state exchequer to attend KKR celebrations. The state government hired a private jet from Delhi to fly the CM back to Kolkata Monday evening. Mamata Banerjee will fly back to North Bengal after the celebrations this afternoon. The charges for hiring the jet is Rs 2.5 lakh per hour! The whole 'journey' will be over 24 hours!

11:49 (IST): Unlike 2012, the players will leave the team hotel in their bus and drive straight to the Eden Gardens. There will be no roadshow because last time the roads got choked due to the stop-start celebrations.

11:44 (IST): Felicitation will take place on a 64-foot by 32-foot dais under the Dr B.C. Roy Club House. The grass has been spared because of summer cricket matches scheduled by the Cricket Association of Bengal. Six cars will be used for victory laps.

11:42 (IST): Tollywood will be in attendance at Eden. A cultural show will keep the Eden crowd entertained from 1 PM.

11:41 (IST): The official start time of the KKR bash is around 1 PM. West Bengal Chief Minister Mamata Banerjee has cut short a five-day tour of North Bengal to be part of the celebrations. The CM and the KKR players are expected to arrive at 2 PM.

11:26 (IST): So, it seems our beloved Bollywood Badshah Shah Rukh Khan is stuck because of a delay in his flight to Kolkata. However, nothing can stop KKR now. Rightly pointed out, Shah Rukh!

Kolkata bound. Delay in flight but will make it....Insha Allah nothing can stop us now. pic.twitter.com/Nnjlci8mDk

Memories of the 2012's grand felicitation of Kolkata Knight Riders at Eden Gardens are set to be re-lived with the West Bengal government and Cricket Association of Bengal having planned a similar programme at the same venue on Tuesday evening. (Read: Kolkata win second IPL title in three years) 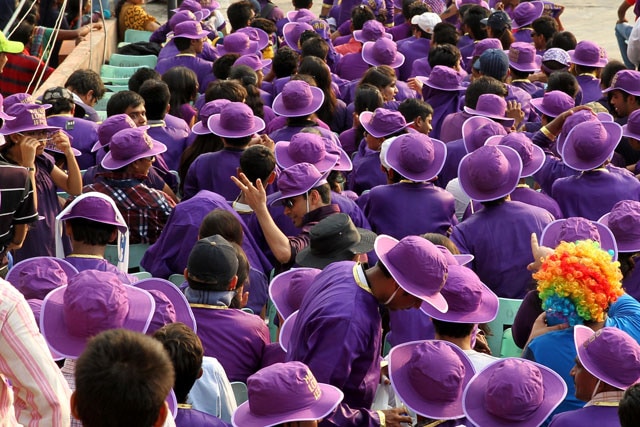 All the roads on Wednesday will lead up to Eden Gardens, KKR's home venue, and the entry will be free for the fans to join the felicitation programme, CAB joint secretary Subir Ganguly said. (Celebration pics)

"Eden Gardens gates will be open from 11.30am to 3.30pm and everybody is welcome to join in the grand victory march tomorrow. We have all plans to make the victory doubly memorable," Ganguly, who is with the KKR team, told PTI from Bangalore. (Read more) Mitra announced on Monday that unused tickets of the May 14 match between Kolkata Knight Riders and Mumbai Indians, which was shifted to Cuttack from the Eden Gardens because of poll counting, were being used as passes and would soon reach all 69 police stations, from where they will be distributed to fans. 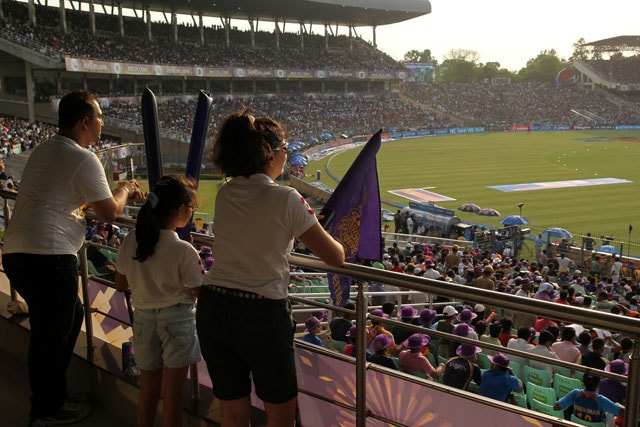 In a series of Facebook posts and tweets, Banerjee congratulated the Knights for their victory in Sunday's nail-biting final and announced a felicitation on public demand.

"We will felicitate KKR on tomorrow (Tuesday) in Kolkata for IPL victory. There is a public demand," she tweeted. (Read more)

Kolkata erupted in joy twice over as firecrackers lit up the sky and fans were out on streets after the home franchise, Kolkata Knight Riders registered a nail-biting three-wicket win over Kings XI Punjab for their second IPL title. (Celebration pics)

No sooner Piyush Chawla sealed the chase with a boundary in three balls to spare to win the IPL-7 in Bangalore, it was a mad rush back home in Kolkata as firecrackers could be seen all over the city. (Read: Gambhir gives credit to team)

It was a festive-like atmosphere in the Shobha Bazar area where Shah Rukh Khan fans celebrated till late in the night after their prayers for last two days were heard with KKR winning this year's title in a nerve-wracking chase. (Read more)