"Limited" DRS To Be Used In Ranji Trophy Knockout Matches

The "limited" DRS version to be used in Ranji Trophy will not comprise Hawk-Eye and UltraEdge. 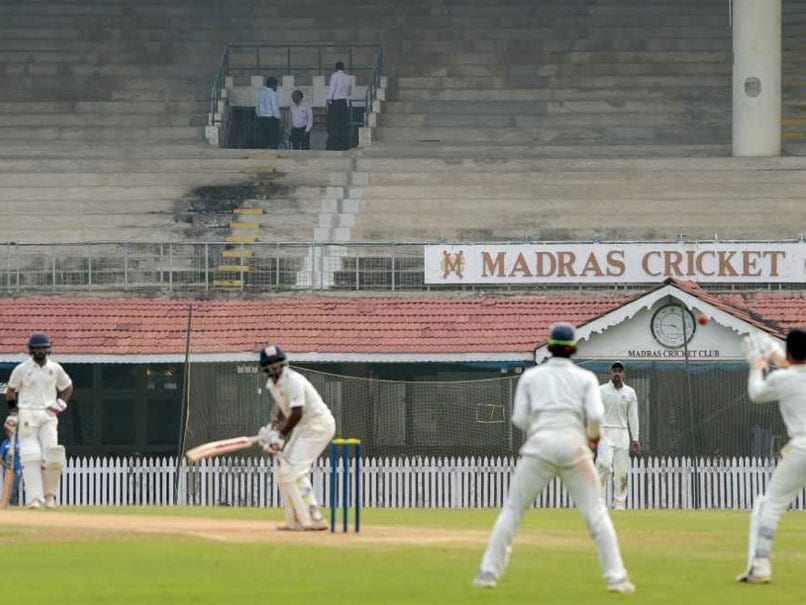 The Board of Control for Cricket in India (BCCI) has decided that the knockout matches in the Ranji Trophy tournament from this season onwards will see the usage of "limited" DRS. The limited DRS version will not comprise Hawk-Eye and UltraEdge, which are the two key elements of the system used in international cricket. Last year, poor umpiring marred the Ranji Trophy season. The most glaring umpire gaffe last season was when Cheteshwar Pujara was ruled not out despite a huge nick and his century changed the course of the Ranji Trophy semifinal between Saurashtra and Karnataka.

Saba Karim, BCCI's general manager of cricket, confirmed the development to ESPNcricinfo and said: "Last year, in some of the knockout matches, there was some flak on umpires because there were some terrible howlers."

"So we want to avoid all that and use whatever help we can get. For the knockouts in Ranji Trophy matches, we will utilise all the technology available to us as a means to apply the limited DRS to help the on-field umpires make the correct decision," he added.

The CoA, had in June this year, approved the decision to use 'limited DRS'.

Karim further said that he would have a "brainstorming session" with the match officials, including umpires and referees, along with the board's broadcasting team to understand the "extent" to which the available technology can be used.

"We are just trying to use it as an experiment just to see how much it can be useful to domestic cricket," Karim said. "We will use whatever cameras we can use to come to the right decision."

Comments
Topics mentioned in this article
BCCI Syed Saba Karim Cricket
Get the latest updates on IND vs NZ 2021, check out the Schedule and Live Score . Like us on Facebook or follow us on Twitter for more sports updates. You can also download the NDTV Cricket app for Android or iOS.