Ravichandran Ashwin recalled how the 2010 edition of the IPL taught him some hard lessons. 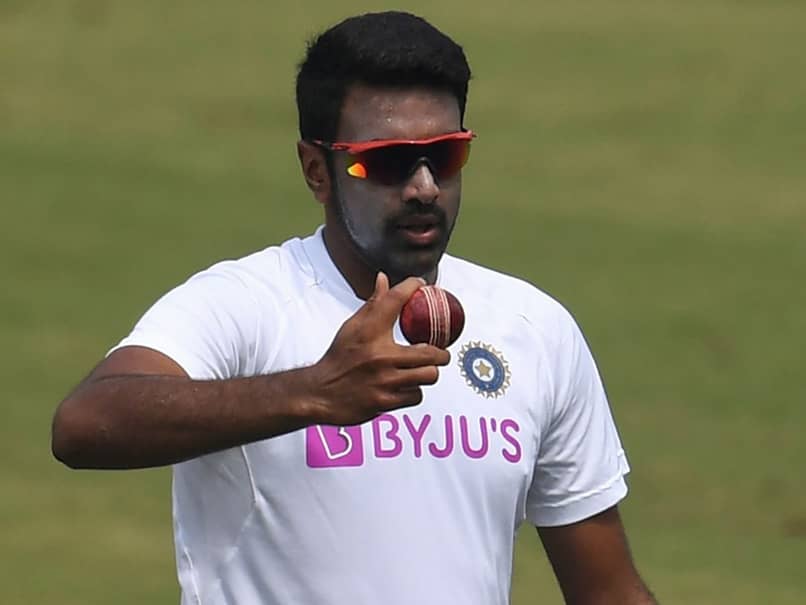 Ravichandran Ashwin also spoke about the difficulties in bowling in England and Australia.© AFP

Two bad games in the IPL was all that it took for premier Indian off-spinner Ravichandran Ashwin to realise that bowling in T20s was not as easy as he assumed it to be, the reality hitting him like a "hard slap" a decade back. During a podcast with cricketer-turned-commentator Sanjay Manjrekar for ESPNCricinfo, Ashwin spoke about how the 2010 IPL with the Chennai Super Kings affected him, the challenges of bowling in hostile conditions of Australia and England, and why spin twin Ravindra Jadeja is a "natural athlete".

Ashwin recalled the 2010 IPL when he was dropped from the CSK squad after two bad games, which was like a "hard slap", more so because he felt that coach Stephen Fleming "didn't talk to him" and he was not backed enough.

"People thought that I think highly of myself but flattening of the curve happened when I played in the IPL. It was like a slap in the face like 'listen boss you are not even here'," Ashwin said.

It was a game against Royal Challengers Bangalore in Bengaluru where Robin Uthappa and Mark Boucher took him to the cleaners.

"Robin Uthappa and Mark Boucher taught me harsh lessons as I bowled 14th, 16th, 18th and 20th over at RCB. That youth in me never told me that it was a challenge. I found it as an opportunity to pick wickets."

"I didn't get wickets but went for 40 or 45 runs and put my team into a hole as the next game went into Super Over and we lost it and I was dropped from the squad. It felt like a hard slap," the Tamil Nadu tweaker said.

Those were the days when IPL franchises, during home games, would release players who are not in the first 18 in order to save hotel cost. Ashwin was back home watching CSK games on TV.

"I was dropped, I vacated the hotel and was sitting at home. I thought that I deserved better as I was in the 30 probables for the 2010 World T20 in West Indies (he didn't make it on that tour)," he said.

"Like I thought, why didn't you back me (CSK). I did exceedingly well in first three games and I had just had two bad games. Anybody can be hit for a couple of games."

He admitted having issues with Fleming who, he thought, had let him down.

He has come a long way since then.

The 33-year-old Ashwin has picked 365 wickets from 71 Tests, but his performance in SENA countries (South Africa, England, New Zealand and Australia) hasn't matched the lofty standards that he has set at home.

"Increasingly, the number of games I've played in England, I've started realising that for a spinner to be bowling in alien conditions and to be able to repeat similar numbers (as at home), you need to be bowling in all the possible right times of the game, first," Ashwin said.

"And, secondly, you do need a little bit of luck. After 2014 (December 2013) when I had that South Africa game, I've taken a very serious look at my numbers and those numbers have significantly increased very, very well."

"For me to able to deliver on a consistent basis abroad there are a lot of factors beyond just me that need to go into it."

The current Indian team is by far the fittest across generations and when Manjrekar asked how he is a bit different from the chiselled modern day players, Ashwin compared himself to Jadeja to explain the difference.

"...let me tell you even if I train twice a day and then have a cheat meal, it will show on weighing scale by 800 gm," Ashwin said.

But someone like Jadeja is a natural and doesn't need to put that extra effort to be fit unlike him, according to Ashwin.

"Certain people are blessed in a certain way and I love to take my comparison with that of Ravindra Jadeja. He is a blessed cricketer, who is completely physically fit," he said.

"The harder I train, more rudimentary I become to stay even close to where Jadeja is. Whereas Jadeja is a natural cricketer, natural bowler, natural batsman. So he just needs to tick all boxes during a game."

Ashwin said to attain Jadeja's level of natural fitness, he needs to work two months prior to a series.

"...that's why I need to think more while having a field and taking accountability for it. Jaddu doesn't even need to think as he will able to land 30 overs on spot because of his physical fitness," he said.

Chennai Super Kings Cricket
Get the latest updates on India vs Australia Series, check out the India vs Australia Schedule for 2020-21 and Ind vs Aus live score . Like us on Facebook or follow us on Twitter for more sports updates. You can also download the NDTV Cricket app for Android or iOS.