Lanka Premier League: Angelo Mathews said if a team is playing a round-robin type of tournament then there should be an advantage for topping the table. 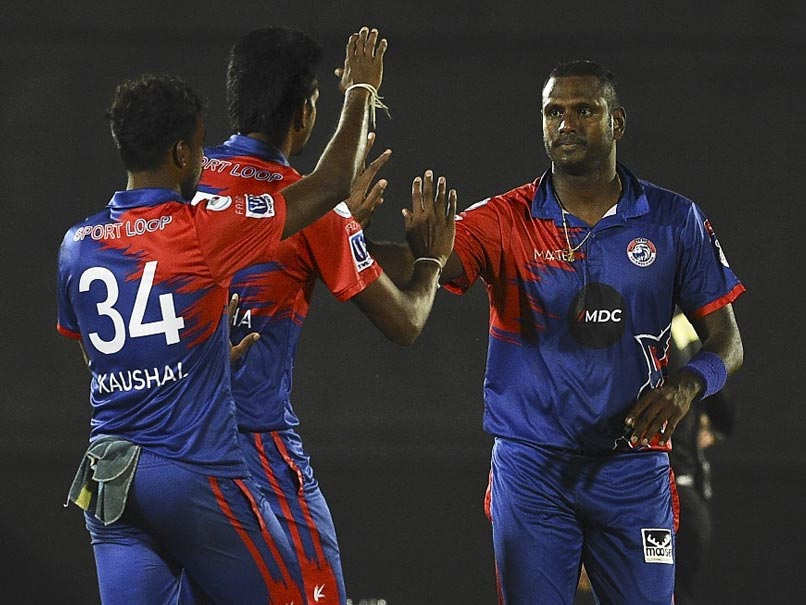 Sri Lanka all-rounder Angelo Mathews has called for an Indian Premier League (IPL) style play-off structure after his side Colombo Kings, who were the table toppers, bowed out of the Lanka Premier League (LPL) in the semi-final. Galle Gladiators, who had suffered six defeats in the tournament, defeated table topper Colombo Kings in the first semi-final of LPL on Sunday. Mathews expressed disappointment over the rules and said the team topping the table must get another chance of qualifying for the finals.

"After doing so well -- winning six out of the eight matches -- and then having one bad day and having to go home it's really disappointing," ESPNcricinfo quoted Mathews as saying.

The Sri Lanka cricketer cited IPL-style playoffs as an example and hoped the organisers will look into the matter for the next edition of the tournament.

"When you top the table, you should get another go, like with an IPL-style playoffs. The way things are, teams will know that if they win two or three games, they'll qualify for the semi-final," said Mathews.

"Then there's no reason for them to keep going and keep the intensity up. That should not be the case. I'm sure the organisers will look into it next year," he added.

Mathews said if a team is playing a round-robin type of tournament then there should be an advantage for topping the table.

Dambulla Viiking and Jaffna Stallions will lock horns in the tournament's second semi-final on Monday.

Angelo Mathews Cricket
Get the latest updates on ICC T20 Worldcup 2022, check out the Schedule and Live Score. Like us on Facebook or follow us on Twitter for more sports updates. You can also download the NDTV Cricket app for Android or iOS.