"Till Day Don't Know How And Where We Contracted Coronavirus": Lakshmipathy Balaji

Chennai Super Kings bowling coach Lakshmipathy Balaji said he was pretty scared once he tested positive and he was worried about the well-being of other members of the team. 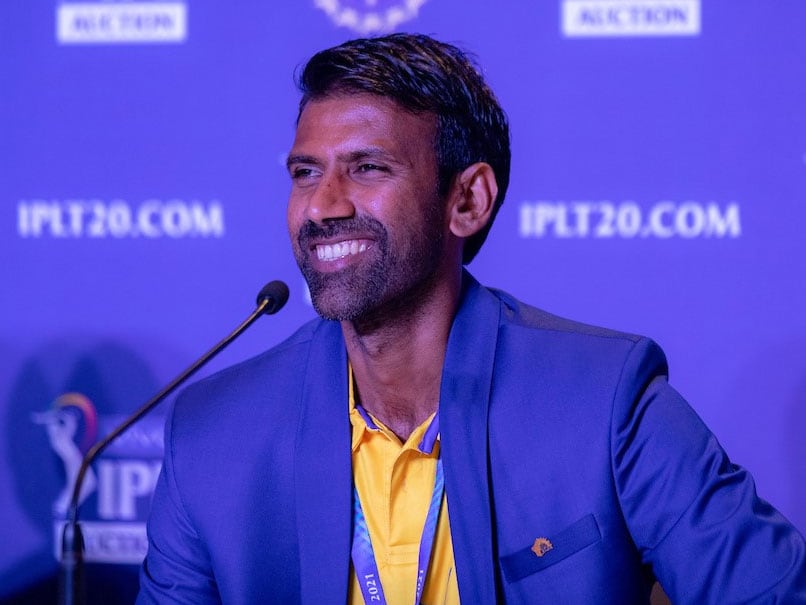 L Balaji was one of the two members in the CSK squad who had tested positive for COVID-19.© AFP

Chennai Super Kingsbowling coach Lakshmipathy Balaji has said recovering from COVID-19 is like experiencing an episode of Man vs Wild. Balaji was one of the two members of the CSK contingent who had tested positive for the coronavirus. Eventually, IPL 2021 had to be suspended after cases came to light in other teams as well. "As I was isolating on my own, having tested positive for COVID-19, a thought crossed my mind: recovering from COVID-19, both physically and mentally, is like experiencing an episode of Man vs Wild. On May 2, I was feeling a bit of uneasiness. I had a body ache and a mild nose block. I was tested the same day around mid-afternoon. By May 3 morning, I had tested positive. I was shocked. I had done nothing to breach the norms to endanger my and the rest of the bubble's safety," ESPNcricinfo quoted Balaji as saying.

"We had reached Delhi around April 26 from Mumbai. We were tested the next day followed by a match on April 28. The next day we had another test. On May 1, we played another match against Mumbai Indians. So I was confident that my immune system was strong enough and resistant to the coronavirus. Along with me, after the May 2 testing, two others including Kasi Viswanathan (Super Kings' CEO) and a helping staff member had also tested positive. To ensure it was a false positive, we were tested again the same day. I tested positive for the second time. Promptly, I was moved to another floor at the team hotel, separate from the rest of the Super Kings squad," he added.

Balaji also said he was pretty scared once he tested positive and he was worried about the well-being of other members of the team.

"Was I scared? Initially, I could not express my feelings. I knew people were dying outside. It took me another 24 hours to sink into the seriousness of the issue once family and friends started to message. I started to get worried. From the second day in isolation, I realised I had to monitor myself, recording all the health data. I was obviously anxious," said Balaji.

"I was also more worried about the others in my team who I was milling around with before I tested positive. Rajeev Kumar (CSK fielding coach), Robin [Uthappa], [Cheteshwar] Pujara, Deepak [Chahar] along Kasi Sir were all around me. So my conscience was battling with the difficult question of what if any of these people tested positive, too? I was praying for their health," he added.

When asked about batting coach Michael Hussey testing positive for the virus, Balaji said: "Then I came to know that Michael Hussey (CSK's batting coach), too, had tested positive. Till the day we don't know how or where we contracted the coronavirus. We had a very strict protocol within the bubble from the first week of March when CSK's preparatory camp started. After the experience in 2020 IPL when members of the CSK contingent tested positive, the franchise took maximum precautions even when we travelled from Chennai and Mumbai where we were based for the first leg of our IPL."

"Even in Delhi, we followed the strict protocol. I don't know where we might have caught the infection: was it on the ground? Was it at the training ground at the Roshanara Club? But that was secluded. And why should only two of us get it," he added.

Talking about his battle with the virus, Balaji said: "It is a journey of survival is how I look at it. Lakhs of people have been affected, and most of them recovered, but many were not lucky to survive due to different reasons. It has been an intense situation. In my career, I have encountered several challenges, but it is the different battle we are going through dealing with the pandemic."

Lakshmipathy Balaji Cricket
Get the latest updates on ICC T20 Worldcup 2022 and CWG 2022 check out the Schedule, Live Score and Medals Tally. Like us on Facebook or follow us on Twitter for more sports updates. You can also download the NDTV Cricket app for Android or iOS.