His team won the Indian Premier League title for the second time in three years but Kolkata Knight Riders' three-wicket win against Kings XI Punjab had another significant meaning for Yusuf Pathan. The burly T20 veteran became the only player to have featured in three IPL title triumphs - twice with Kolkata (2012 and 2014) and with Rajasthan in the inaugural edition in 2008. 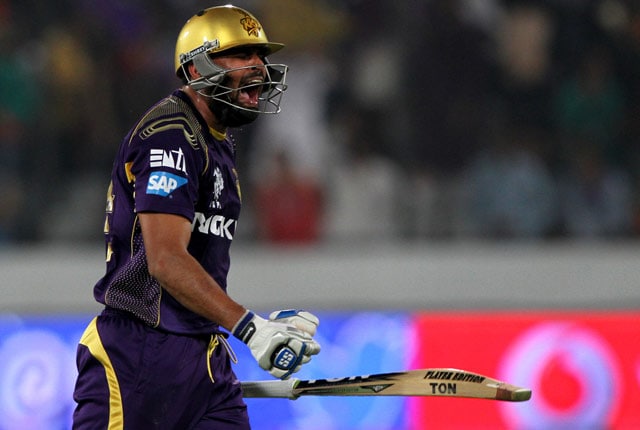 Yusuf hit a crucial 22-ball 36 for his side against Punjab's 199/4. It eventually helped Kolkata go past the finish line with three balls to spare.

"I am very proud of the way the team performed today. I am glad for this win and yes, hope I have made my family proud by being part of an IPL win thrice," he said after the match.

The 31-year-old was one of the most jubilant in the on-field celebrations after Kolkata achieved the target. He however said that he wanted to take his team over the finish line.

"I think I made pulses race when I got out. I could have finished the match earlier," he said.

Yusuf finished the tournament with 268 runs from his 12 innings - an average of 29.77 and with a strike-rate of 162.42. Despite batting in the middle-order, he also managed a fantastic fifty when he smashed 72 off just 22 against Sunrisers Hyderabad earlier in the tournament. It was an innings which would be remembered for long - much like his 'fortunes' in IPL cricket.