After the IPL 7 finals, winning team Kolkata Knight Riders co-owner Shah Rukh Khan as a goodwill gesture wore the Kings XI Punjab jersey, a custom prevalent among the footballers as he exchanged plesantries with Preity Zinta. 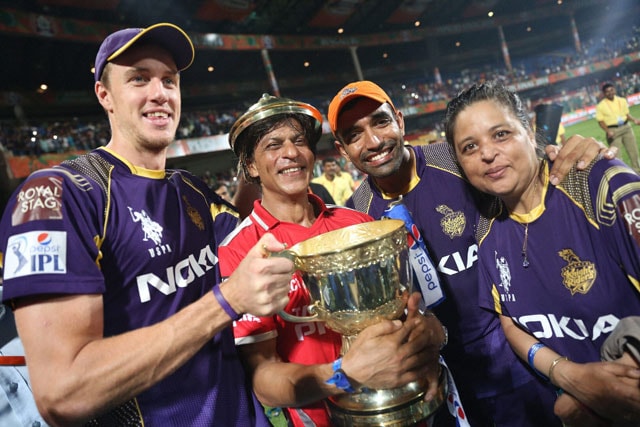 After the finals, Shah Rukh as a goodwill gesture wore the Kings XI Punjab jersey, a custom prevalent among the footballers as he exchanged plesantries with Preity Zinta. (Celebration pics)

"We didn't have many big players and flashy names but team work did it for us. I told my children that Manish will do something special. If I were to choose my team to play against any team in the final, I wouldn't have chosen Preity's team. I wished to win against any other team."

"Punjab is a great team, they did fantastic job during auction. But luck was on our side, we did manage to capture a few moments," he added.