Kenya is the first ICC ranked team to tour Pakistan for a series since March 2009 when militants attacked the Sri Lankan team in Lahore. 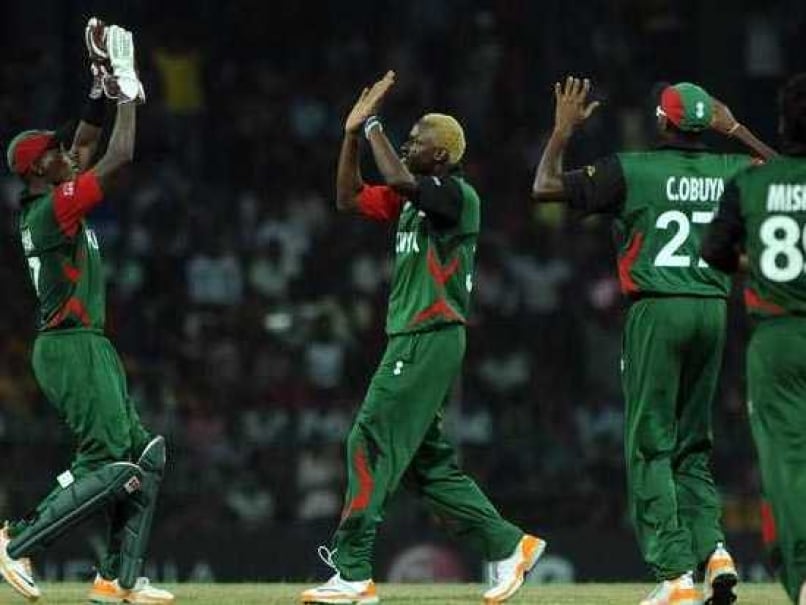 The Kenyan cricket team reached Lahore on Wednesday morning to play in a one-day series against Pakistan A side amidst unprecedented security measures for the visiting side.

Although the Kenyan team captain Shem Ngoche and coach Steve Tikolo made it clear at a press conference that they had no security concerns about playing in Pakistan, the PCB has left no stone unturned to provide state level security to the visitors.

Kenya is the first ICC ranked team to tour Pakistan for a series since March 2009 when militants attacked the Sri Lankan team in Lahore.

Although Afghanistan has made a couple of low-profile tours to Pakistan in this period, Kenya is the first team to visit Pakistan from outside the region.

They will play five one-day games against the Pakistan A side in Lahore from Saturday.

For security reasons the PCB has decided against putting up the visiting team at a five-star hotel and have instead lodged them at the national cricket academy which is adjacent to the Gaddafi stadium where all five matches will be played.

The PCB, clearly apprehensive about the security for the visitors, has even ordered all restaurants and eateries outside the Gaddafi stadium to remain closed till the Kenyans are in Pakistan.

The Punjab government has also installed around 14 scanner gates in the area where the stadium, academy and PCB offices are located.

The Kenyan team was brought from the airport to the NCA in quick time and was surrounded by police commandoes, vehicles and their captain was also not allowed to speak to the media.

"We are taking no chances because this is a very significant tour for us and we want to pass smoothly," a board official told PTI.

Tikolo and Ngoche also made the point that for their team the tour was an ideal opportunity to learn and play against a strong opposition.

"We have brought five new players and there are several young players in the side. Our focus is totally on cricket and we are not worried about the security as the hosts are taking good care of us," Tikolo said.

He said that they were happy to play their role in helping Pakistan convince other teams to play in the country.

"I think Pakistan is a top cricket nation and it is sad international teams are not touring this country for last many years."

Comments
Topics mentioned in this article
Kenya Cricket
Get the latest updates on Fifa Worldcup 2022 and check out  Fifa World Cup Schedule, Stats and Live Cricket Score. Like us on Facebook or follow us on Twitter for more sports updates. You can also download the NDTV Cricket app for Android or iOS.