"I think everyone has played hundreds of games of cricket and never had one decided quite like that," Kane Williamson said about the World Cup final. 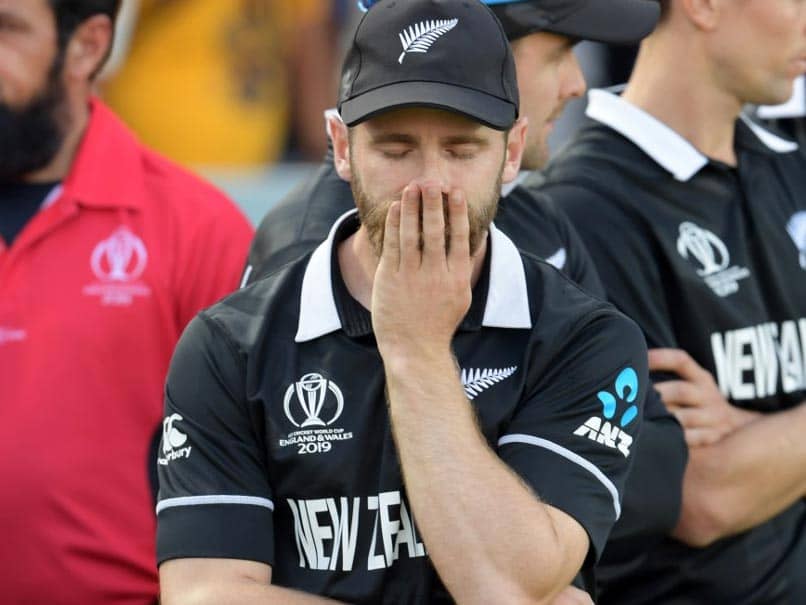 Kane Williamson said that losing the World Cup to a boundary count was "hard to take".© AFP

New Zealand skipper Kane Williamson is still not over the dramatic loss which his side suffered in the 2019 World Cup final against England, saying deciding the result on boundary count was "not really cricket". In the World Cup final played at the Lord's on July 14, England were announced as champions on account of their superior boundary count against the Black Caps after both the stipulated overs and the subsequent Super Over ended in a tie. England had scored 26 boundaries in total in the entire duration of the match as compared to 17 by the Black Caps and were thus crowned as champions.

"I genuinely think that no one ever thought that was going to happen and it did," ESPNcricinfo quoted Williamson as saying while addressing reporters ahead of the first Test against England.

"At times, you think about how some of those decisions are made; probably sitting in a room a little like this and throwing a few ideas around. That's all I can imagine. And then for it to actually happen is a pretty scary thing.

"I guess it highlighted something and it will probably never happen again. It's not really cricket and I think both teams appreciated that. It was hard to take. But at the same time those rules were already in place.

"It was a fantastic game to be a part of and a really competitive match. I think everyone has played hundreds of games of cricket and never had one decided quite like that. It is what it is and they were the rules at the time. What you sign up for. But, yeah, it's no surprise that it's changed," he added.

However, in October, the International Cricket Council (ICC) scrapped the contentious boundary rule and stated that it will not be used in future ICC events.