Kane Williamson is now the new world number one in Tests after scoring his fifth century of the year during the second Test between New Zealand and Sri Lanka in Hamilton.

Written by Agence-France Presse
Read Time : 3-min
Kane Williamson's average in Tests in 2015 is 90.15 and he has scored 2633 runs across all formats this year. © AFP
Hamilton:

He also ended the year with an astounding 90.15 Test average, well clear of the next best 76.83 by Australian Adam Voges.

The modest 25-year-old, who claims he is not obsessed by statistics, was unbeaten on 108 as New Zealand reached their 189 target in the second Test in Hamilton for the loss of five wickets.

The win wrapped up the series 2-0 for New Zealand after their 122-run victory in the first Test where Williamson had scores of 88 and 71 before a rare blemish in the first innings of the second Test when he was out for one.

He started the Hamilton Test as the third-ranked Test batsman behind England's Joe Root and South African AB de Villiers, but passed both with his unbeaten century.

But following a Test in which he reached a number of milestones, Williamson was uncomfortable being the focus of attention.

"From my perspective the most pleasing thing is each game you set out you want to contribute as best you can to a team performance," he said.

"That's all I want to do really. You talk about (record) years and things. Its very difficult to look at it like that."

New Zealand took just under an hour on the fourth day to wrap up the second Test.

The previous morning Sri Lanka were in command before the initiative swung on a day when Williamson stood alone as the one batsman who could handle the short-pitched bowling strategy orchestrated by both sides. 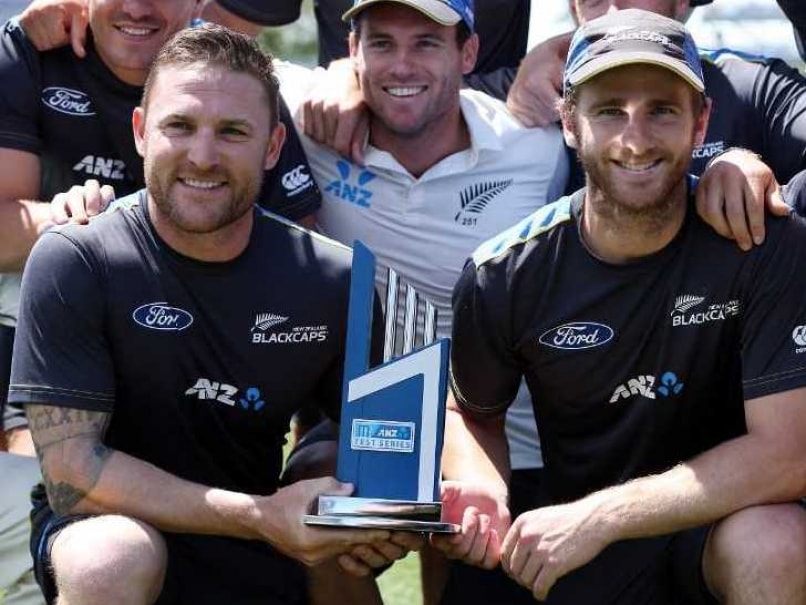 Sixteen wickets fell on the third day, most caught when attempting to pull bouncing deliveries.

Williamson said the wicket held no demons and shot selection was the key.

"All the guys like to play (the pull shot) but like any shot, on some surfaces it's important you try to select the right one," he said.

"I was a victim of that in the first innings as well (and) I wanted to make sure I was more sound in my decision-making."

Williamson, a focused and technically exact batsman and the heir-apparent as New Zealand captain when Brendon McCullum steps aside, scored five Test centuries this year including two in Australia and one against England.

He compiled a New Zealand record 1,172 runs in a calendar year with his four to bring up his century against Sri Lanka taking him past the previous record of 1,164 set by McCullum last year.

His five centuries took him to 13, equal with Ross Taylor as the second best by a New Zealand and four behind the national record held by Martin Crowe.

In all formats, Williamson has scored 2,633 runs so far this year, putting him fifth on the all-time list headed by Sri Lanka's Kumar Sangakkara (2,868 last year) and with three one-dayers still to play in 2015.