Botha, who is captain of the West End Redbacks, will undergo biomechanical analysis after being cited for a doubtful bowling action. 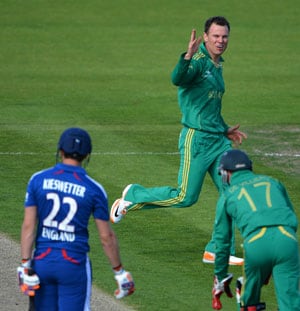 The 31-year-old offspinner has been tested previously. He made his Test debut against Australia at the Sydney Cricket Ground in January 2006, but was reported for throwing at the conclusion of the match. He was reported again in April 2009 in South Africa.

Cricket Australia said in a statement on Monday that three umpires in a match must agree on a suspect delivery, but did not say in which match Botha had been reported.

Comments
Topics mentioned in this article
Cricket Gregory Stephen Chappell Johan Botha
Get the latest updates on ICC T20 Worldcup 2022 and CWG 2022 check out the Schedule, Live Score and Medals Tally. Like us on Facebook or follow us on Twitter for more sports updates. You can also download the NDTV Cricket app for Android or iOS.