Jimmy Neesham had his share of fun at Glenn Maxwell's expense following a cheeky confession having called the Australian a "good guy". 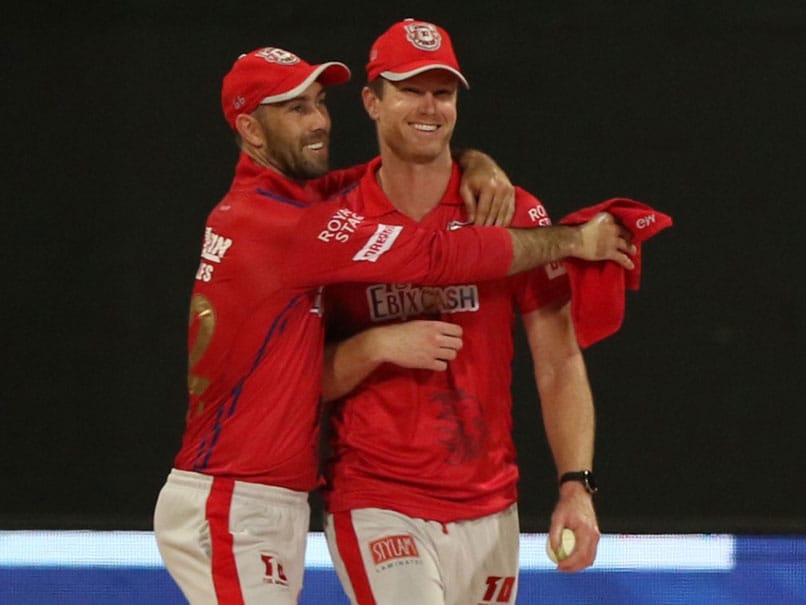 All-rounders Glenn Maxwell and Jimmy Neesham are known to be great friends.© BCCI/IPL

All-rounders Glenn Maxwell and Jimmy Neesham are known to be great friends, with the close bond shared by the duo reflecting on the field as well as off the ground. The duo was part of the Kings XI Punjab (KXIP) squad during the recently concluded IPL 2020, pulling off a stunning relay to dismiss Mumbai Indians (MI) skipper Rohit Sharma during a league match. Neesham's relationship with Maxwell off the field reflected in a dig by the former, following a picture circulated showing the Australian carrying several cans of soft drinks in his arms. "When you're earning a bajillion dollars but still don't wanna pay 8 bucks for a coke from room service," tweeted the New Zealand cricketer. Neesham seemed to be in a mood to have some more fun at Maxwell's expense, as evident from his cheeky confession in response to a tweet about a podcast where he participated.

The New Zealand cricketer was said to have called his KXIP teammate a "good guy" during the podcast. However, Neesham had a hilarious response up his sleeve. "I lied @Gmaxi_32," he tweeted.

Maxwell followed it up with an equally funny response in the comment section. "I appreciate it," read the reaction from the Australian, indicating the camaraderie shared by the duo.

The players did not have a great campaign in the recently concluded 13th edition of the IPL. Maxwell's inability to deliver quality performances drew a lot of criticism, with the Australian failing to hit a single six having been signed for a massive sum. Neesham also struggled to impress in the limited opportunities provided.

Rohit Sharma Cricket
Get the latest updates on ICC T20 Worldcup 2022, check out the Schedule and Live Score. Like us on Facebook or follow us on Twitter for more sports updates. You can also download the NDTV Cricket app for Android or iOS.