James Taylor Could Have Been 'Fantastic' For England Cricket: Nasser Hussain

James Taylor worked hard to come back into the England cricket team and was turning out to be a fine cricketer, according to former captain Nasser Hussain 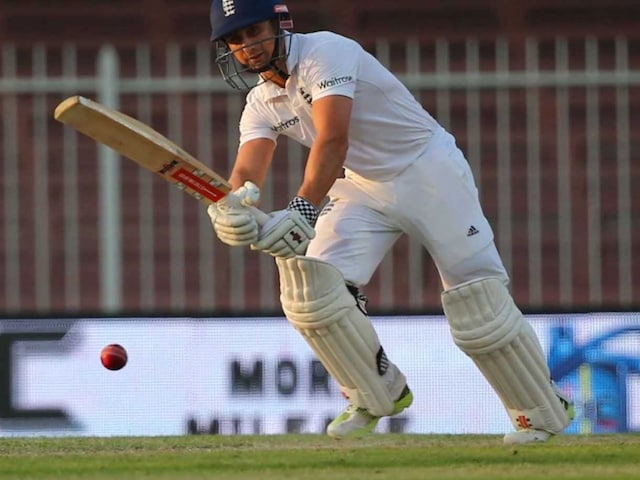 Former captain Nasser Hussain said James Taylor was on the brink of becoming a "fantastic England player" after the Nottinghamshire batsman was forced into retirement on Tuesday because of a heart condition. (James Taylor's Innings For England Cut Short By Heart Problems)

The Midlands county announced on its website on Tuesday that "specialist scans revealed yesterday (Monday) that the 26-year-old has the very serious heart condition, ARVC (Arrhythmogenic Right Ventricular Arrhythmia)."

Taylor, whose condition requires surgery, told his Twitter followers: "Safe to say this has been the toughest week of my life! My world is upside down. But I'm here to stay and I'm battling on! #lifestooshort."

The 26-year-old won his seventh cap in England's most recent Test against South Africa at Centurion three months ago and appeared to be on the verge of cementing a place in the side after three years out of the team.

"He's a top guy, who works so hard," said former England skipper Hussain. "He could have become a fantastic England player of the future.

"What's so sad about it is that he was coming to exactly where he's worked for.

"He's worked so hard to get back into the side, almost having to prove people wrong ... and now he's done it, he's been hit by the hardest of blows, and his dream of playing for England, playing cricket, has come to an abrupt end.

"The one thing he's always loved doing has been taken away from him."

Meanwhile current England all-rounder Chris Jordan told Sky Sports News: "When I woke up to that news this morning, I was a little bit lost for words.

"But I think that, in times like these, it's more important to think about him as a person ... around the dressing-room, he was a real livewire and a real good guy to have around.

"I really do wish him all the best."

Taylor's diagnosis is similar to that of former Bolton Wanderers footballer Fabrice Muamba, whose career was cut short after he collapsed on the pitch in 2012.

Muamba tweeted his own message of support to Taylor, saying: "@jamestaylor having life is a great option. Retirement is inevitable, but for some of us it's just earlier than expected. Enjoy life."

ARVC is an inherited condition caused by a change or mutation in one or more genes that stops the right side of the heart pumping blood properly.

The condition can deteriorate over time and it may lead to sudden death.

Dr Steven Cox, chief executive of the Cardiac Risk in the Young charity, said: "Many sports now recommend routine testing for their elite athletes as some of the conditions that can cause young sudden cardiac death, including ARVC, can be 'acquired' or exacerbated by ongoing training and pressure exerted on the heart."

Comments
Topics mentioned in this article
James Taylor Nasser Hussain Cricket
Get the latest Cricket news, check out the India cricket schedule, Cricket live score . Like us on Facebook or follow us on Twitter for more sports updates. You can also download the NDTV Cricket app for Android or iOS.