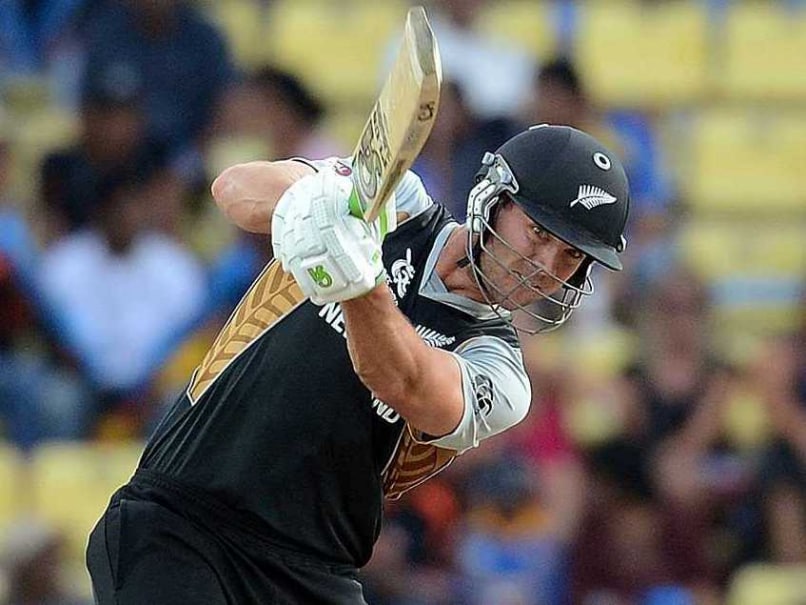 The left-hander is set to play as a non-overseas player with the county, subject to clearance from the England and Wales Cricket Board, on account of his Irish ancestry.

Such a classification would render Franklin ineligible to continue to represent New Zealand, for whom he has featured in 31 Tests, 110 one-day internationals and 38 Twenty20 matches, although the last of these appearances was in 2013.

Now the left-hander, a big-hitting batsman and medium-pace bowler, intends to remain with Wellington until the end of the current New Zealand domestic season in early April before heading to London.

"Whilst I'm very honoured to be joining Middlesex for the next few years, I want to first take my cap off to Wellington for whom I've had a hugely enjoyable and memorable career in New Zealand," said Franklin in a Middlesex statement.

"It's been an absolute privilege to play for Wellington for over 15 years.

"And although this decision closes the chapter on playing for New Zealand again I know I've been incredibly fortunate to have spent over a decade being involved playing international cricket, and have had some of my greatest memories and experiences in cricket playing with the Silver Fern on my cap.

"My family and I will relocate to London in April and we're all very excited about what the future holds," added Franklin, who has previously played county cricket for Gloucestershire, Essex, Glamorgan and Nottinghamshire.

Comments
Topics mentioned in this article
James Franklin Cricket
Get the latest updates on Fifa Worldcup 2022 and check out  Fifa World Cup Schedule, Stats and Live Cricket Score. Like us on Facebook or follow us on Twitter for more sports updates. You can also download the NDTV Cricket app for Android or iOS.