Jagmohan Dalmiya's widow Chandralekha said she has been "deeply hurt" by the Supreme Court's observations on her late husband during the hearing on Justice R M Lodha-led committee recommendations to revamp functioning of BCCI. 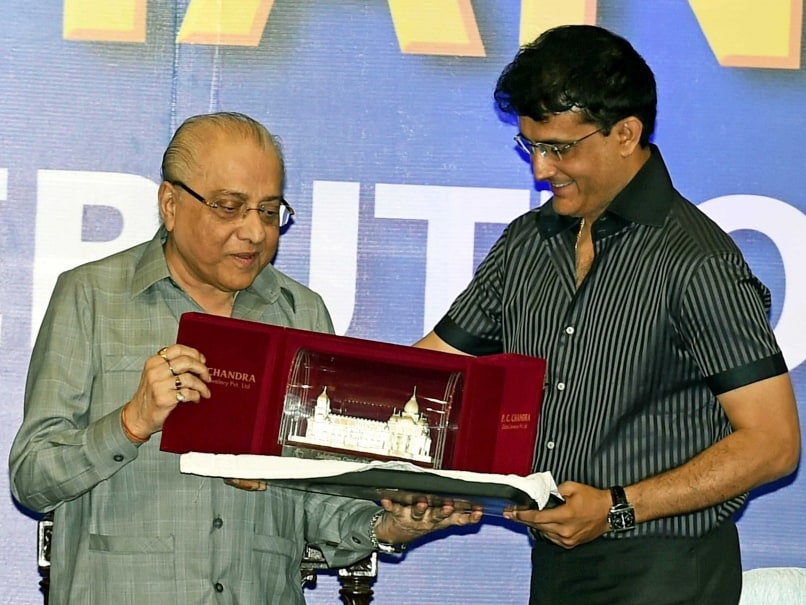 On 2 March 2015, Jagmohan Dalmiya returned as BCCI President after a 10-year gap replacing N Srinivasan. He suffered a massive cardiac arrest on 17 September (2015) and was admitted to a hospital where he died three days later.Â © PTI

Former BCCI president Jagmohan Dalmiya's widow Chandralekha on Saturday said she has been "deeply hurt" by the Supreme Court's observations on her late husband during the hearing on Justice R M Lodha-led committee recommendations to revamp the functioning of Indian Cricket Board.

"I am deeply hurt and saddened by the uncalled observations that have appeared in newspapers. No one is empowered even by Almighty to insult or make any derogatory observations as per will that too against a person who has left for heavenly abode after devoting his entire life for the growth and development of the game of cricket," the 69-year-old said in a statement.

"Jagmohan Dalmiya does not require any certification from anyone. His immense contribution to the cricketing world since he assumed charge as BCCI president, when it was having mere Rs 84 lakh in its coffers, would remain beyond anyone's reach," she added.

Widely credited for bringing money into cricket, Dalmiya died at the age of 75 as the president of BCCI in September last year.

Dalmiya, who headed the ICC from 1997-2000 and BCCI from 2001-04, returned to power as a consensus candidate of the Indian Cricket Board in March last year, replacing N Srinivasan in the aftermath of the IPL spot-fixing scandal.

Contesting BCCI's opposition to the age limit of 70 for office-bearers, the Supreme Court bench headed by Chief Justice T S Thakur along with Justice F M I Kalifulla referred to Dalmiya's election in 2015 in its observation.

"The past president of BCCI (Dalmiya) could not communicate. Those who elected him did not see who they were electing? These days, even in politics people are retiring. Even the Supreme Court judges retire at 65. You have been given five more years," the Supreme Court bench told senior counsel, Arvind Datar appearing for the Tamil Nadu Cricket Association (TNCA).

Comments
Topics mentioned in this article
BCCI Jagmohan Dalmiya Cricket
Get the latest updates on India vs Australia Series, check out the India vs Australia Schedule for 2020-21 and Ind vs Aus live score . Like us on Facebook or follow us on Twitter for more sports updates. You can also download the NDTV Cricket app for Android or iOS.