Irfan Pathan and Munaf Patel picked up six wickets each to help Baroda thrash Punjab by an innings and 116 runs in Ranji Trophy. 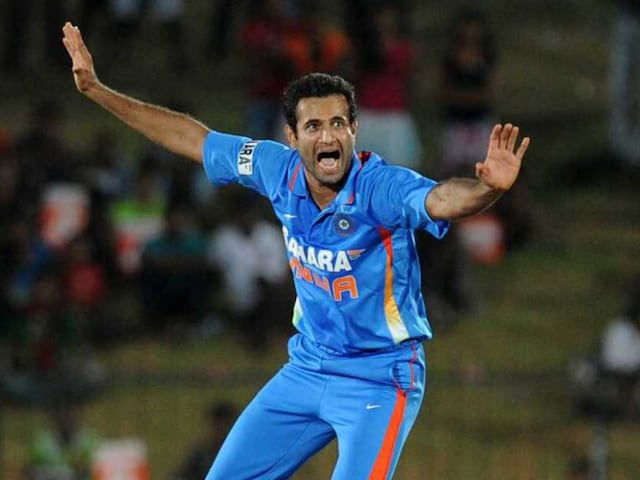 Irfan Pathan picked up six for 80 in the match.© AFP
Vadodara:

Baroda inflicted a massive innings and 116 runs defeat on Punjab on the back of an impressive pace-bowling performance on the third day of their Ranji Trophy cricket match here on Tuesday. (Click here for latest Cricket stories)

The home side bowlers, led by Irfan Pathan and Munaf Patel, took 17 Punjab wickets after the visiting side was asked to follow on to wrap up the match with one day remaining at the Moti Bagh Stadium.

The pressure was piling on Punjab after they resumed the day on 112 for 3 in reply to Baroda first innings total of 475 and the visiting side made a mess of their batting to be all out for 212 to concede a 263-run lead.

Irfan added another wicket to his overnight two while Munaf got two more on Tuesday. Another pacer Hardik Pandya, who also had scored 59 in Baroda first innings, grabbed three wickets for a fine all-round show.

For Punjab, only Uday Kaul (58) could score a half century while another India discard Yuvraj Singh was the second highest scorer for Punjab with a 116-ball 43. Captain Harbhajan Singh made seven.

Following on, Punjab did even worse in their second innings than their first essay, getting all out for 147 in just 38.4 overs to lose the match by a huge margin and hand Baroda a bonus point.

Number nine batsman Siddarth Kaul was the highest scorer with an unbeaten 40 from 42 balls. Yuvraj flopped again as he made just 11 runs.

Baroda secured seven points from the win while Punjab got none.

Comments
Topics mentioned in this article
Irfan Pathan Munaf Patel BAR PUN Cricket
Get the latest Cricket news, check out the India cricket schedule, Cricket live score . Like us on Facebook or follow us on Twitter for more sports updates. You can also download the NDTV Cricket app for Android or iOS.