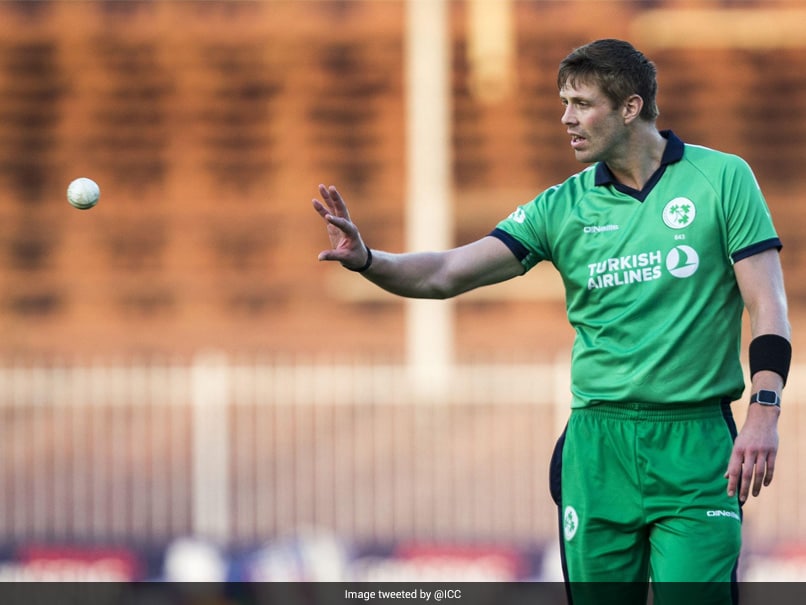 Ireland pace bowler Boyd Rankin on Friday announced his retirement from international cricket and inter-provincial cricket, ending an 18 year long illustrious career. Rankin is one of only 15 players in cricket history to represent two countries at Test cricket. The 36-year old seamer made his international debut for Ireland in 2003 at the age of 19.

He went on to play 153 times for Ireland between 2003 and 2020 in two stints, separated by a three-year period playing for England during which time he made his Test debut in an Ashes Test against Australia in 2014.

"To retire from international cricket is always a tough call, but I feel now is the right time to step away. I have put my heart and soul into playing cricket professionally since 2003 and have loved every minute of it," said Rankin while announcing retirement as per Cricket Ireland.

Rankin also had a successful 15-year career in English county cricket playing with several sides, but most notably an 11-year stint at Warwickshire County Cricket Club.

"I never dreamt I would play for Ireland as much as I did and to travel the world playing in numerous World Cups and to pull on the Irish jersey is something I will never forget. To have also a long career in county cricket especially during my 11-year stint with Warwickshire where we won the County Championship, 50-over competition twice and the T20 Blast in 2014 was very special and it was something I am very grateful for," Rankin said.

"I always strived to be the best player I could be and to play at the highest level possible, so to make my Test debut for England during a time when Ireland was not a Test-playing nation was a very proud moment. I will miss all the guys I played alongside the most and enjoying the wins we had along the way," the former pacer added.

Renowned for the natural bounce he could extract out of any pitch, and ability to swing the ball both ways, Rankin claimed 229 wickets at 23.39 apiece for Ireland - finishing his career as the eighth highest Irish wicket-taker at international level.

His two most productive wicket-taking seasons were 2018 and 2019 with 30 and 47 wickets respectively, showing his enduring value to his national side over recent campaigns.

"My best memories and achievements that stick out for me would be the World Cup wins - in 2007 World Cup beating Pakistan and Bangladesh to put Irish cricket on the world map, and the 2011 win against England. Being part of the team to play Ireland's first men's Test match was a special moment, as well as taking Ireland's first Test wicket," Rankin recalled.

Amongst his wickets, perhaps his most memorable scalp was in 2018 when he claimed the first-ever wicket for Ireland in men's Test cricket at Malahide against Pakistan.

However, equally up in the career highlights were also the three wickets he claimed against the same opponents at the 2007 Cricket World Cup as part of that seminal Irish victory.